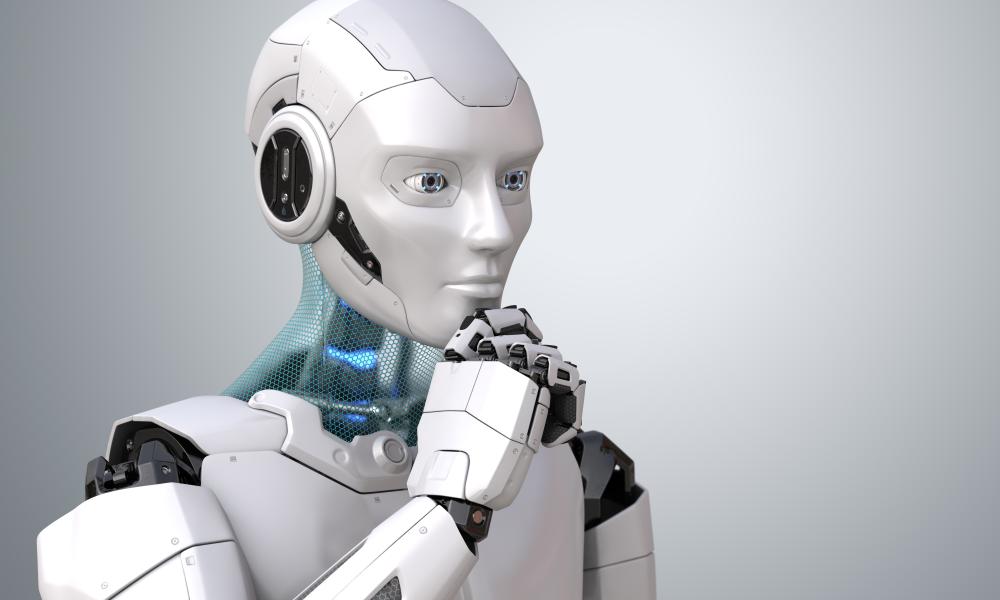 January 18, 2023 | Even though the computational power of "artificial intelligence" has been around for decades, the technology has advanced so rapidly and spread so widely that many ethicists, industry experts and governments are looking for ways to make sure the new possibilities do not become problems.

Among the many potential problems needing attention are: AI replacing human labor; determining who is responsible for AI-generated mistakes and misinformation; the protection of privacy and limits of surveillance; the need for safety, transparency and fairness; and biases used in algorithms.

No "grand solution" exists, but there is "a cocktail of answers to what is the right thing to do," Dario Gil, IBM's senior vice president and director of research, said at a Vatican-hosted event Jan. 10.

Every tool can be used to benefit or harm, depending on the context or situation, he said. For example, AI-powered computer vision software can detect planets and stars in outer space and tumors or disease in the human body or it can be used for facial recognition with nefarious purposes, he said.

"We need all the help we can get" to make sure AI is "aligned with fundamental human values without leaving anyone behind," Gil said.

That is one of the reasons why almost three years ago IBM and Microsoft became the first signatories of the Rome Call for AI Ethics. The initiative was led by the Pontifical Academy for Life, which invited two of the world's leading developers of artificial intelligence software to sign an appeal for an ethical framework and guidelines for the field of AI.

Since then, the call has been endorsed and supported by two dozen other institutions, private companies and organizations in an effort to build a global movement to create and commit to a new "algor-ethics."

Archbishop Vincenzo Paglia, academy president, presented the newest group of signatories pledging to do their part in pushing for the ethical development and use of AI: Rabbi Eliezer Simcha Weiss, a member of the Chief Rabbinate Council of Israel, and Sheikh al Mahfoudh bin Bayyah, secretary general of the Abu Dhabi Forum for Peace.

"We are aware of the moral strength that this event gives witness to" by having three Abrahamic religions come together with "other institutions to promote and safeguard our common humanity," the archbishop said before the signing ceremony.

Not only do the world's Catholics, Muslims and Jews share the same fundamental ethical values, about 80% of the world's people identify with a religious faith, showing the "vital contribution of religious leaders to a well-functioning polity and good governance," said a joint statement issued at the end of the event.

In fact, Archbishop Paglia said he will be inviting representatives of "the great religions of the East" to sign the Rome Call at a gathering in July in Japan.

The experts, academics and religious leaders at the papal academy's signing ceremony agreed in the joint statement that "voluntary regulation is insufficient for the pace and scale of technological progress" and that international regulation must promote transparency and compliance with clear ethical principles.

The principles, "Do no harm," especially to the most vulnerable people, and "Leave no one behind" with equal access to the benefits of technology are a priority, it added.

Sheikh Abdallah bin Bayyah, president of the Abu Dhabi Forum, said in a prerecorded video address, "laws and regulators must set standards that ensure the prevention of harm to individuals and societies."

Avoiding harm, he said, includes suppressing "the human desire for wealth under the pretext of development and discovery if this involves harm or reciprocation of harm with others. It also protects researchers and scholars from interference in their work as long as their work does not lead to harming others or reciprocating the harm from others."

In his address, Rabbi Weiss said that "intelligence doesn't make the human being," rather the source of human dignity is "the divine spark" within and being made in the image of God.

"Being human will always be far greater than anything that is artificially created," he said, which is why appropriate precautions and controls always must be present, so human life and autonomy are never at risk.

Jewish folklore teaches an important lesson with its notion of a golem, that is, "a giant humanoid fashioned from clay and animated by a fragment of Kabbalistic text," he said.

While one account says a golem was created to defend a local community, it escaped and "ran amok," the rabbi said. Every story with a golem, he said, ends with the creature needing to be destroyed or dismantled, underlining humanity's duty that harm never results from its innovations.

"Every invention has its potential dangers," Rabbi Weiss wrote in his written presentation, but "these risks are accepted if appropriate safeguards exist to prevent consequential harm."

Brad Smith, president of Microsoft, said AI is going to "burst into public use and capture the public imagination" in 2023 the same way the internet browser did in 1995 and the iPhone did in 2007.

AI is already doing so much to help improve people's lives, he said, "but the history of technology teaches us that, unfortunately, the future is not simply following a yellow brick road to a promise that good things will happen."

"This technology is too important to be left to the technologists alone," Smith said.

The Rome Call for AI Ethics "is of fundamental importance to the world" because it focuses on helping technology truly serve and be governed by humanity, the sustainability of the planet and having all people working together, he said.

Smith said Pope Francis' talk to them that morning provided "the moral compass" they need.

The pope's call for "promoting a culture that places this technology at the service of the common good of all and of the care of our common home" should be our "North Star," Smith said. If it is, "we can do something that the world needs for the future."