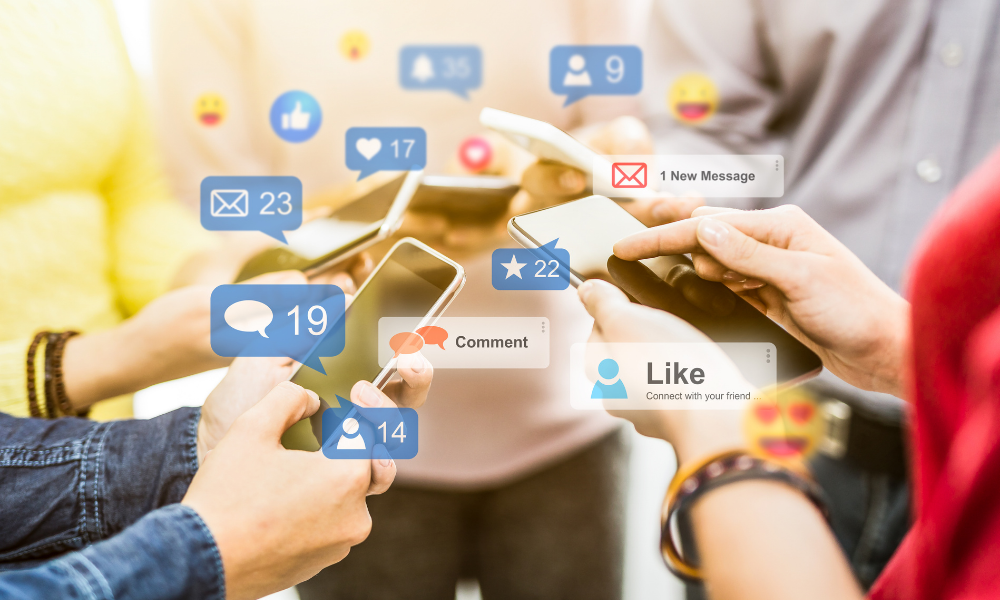 NEW ORLEANS (CNS) -- The founder of an internet safety initiative warned Catholic school teachers and administrators April 20 about the appeal and impact of social media on today's students.

Chris McKenna, founder of Protect Young Eyes (www.protectyoungeyes.com), told participants at the annual conference of the National Catholic Educational Association in New Orleans that the world has changed for children because digital technology has been designed slickly to grab kids' attention and keep them hooked.

He said the ubiquity of online pornography and the sophisticated algorithms used by social media platforms to lure children and teens into inauthentic relationships with strangers and also encourage comparison envy have created unprecedented emotional challenges that can actually harm the brain.

"Please try not to start another conversation, 'When I was a kid ...' because if TikTok existed when you were a kid, you would've been addicted, too," said McKenna, a father of four.

Contrary to the common wisdom that kids are "resilient," McKenna said that while children with developing brains are "incredibly adaptive," the bottom line is that "trauma is trauma."

"We live in a time, with digital doorways everywhere, where the opportunities for trauma to our young people are more prevalent than ever," he said, noting that the digital pornography today is of a type far removed from the "2D" pornography of the 1970s.

McKenna gave testimony about his research to the U.S. Senate Judiciary Committee in 2019 about the effects of internet pornography on children. He said the adolescent brain is complex and not fully formed.

"If you're wondering why they're fine at 7 o'clock over Pop Tarts but the world is falling apart at 7:02, there's a reason for that," he said. "Their brain is creating billions of additional neurological connections ... and that process doesn't finish until well into their 20s. The part of the brain that helps them make good decisions isn't plugged in yet. It's all 'go' and no 'slow.'"

McKenna said he was exposed to pornography as a child, which led to an addiction.

"I know what it's like to not be able to stop clicking, with an adult brain that supposedly had a prefrontal cortex that knew better," he said.

"It was simply a boy in front of an extremely intelligent technology that took advantage of his God-created brain," McKenna said.

While adolescents searching for their identity formerly found answers in family, friends and the church, McKenna said the digital world has multiplied places to turn for advice by a thousand.

"The brain operates according to a very simple principle: Whatever I feed my precious brain is what it learns to love, especially before age 16, and this is exactly when we give them all of their technology," he said.

The technology of platforms such as YouTube -- the most popular app with kids -- TikTok, Snapchat and Instagram know the adolescent brain "full well."

Snapchat does something very enticing to grab kids' attention: A feature called "Snapstreak" provides additional rewards for keeping a daily chat going with another user.

McKenna said Snapchat developers have "figured out" that breaking the streak causes stress, and "if I'm a young person, I'm stressed out about losing that streak." A hormone released inside the brain nudges the teen to release that stress by returning to the "safety" of Snapchat.

TikTok's algorithm, McKenna said, "is like nothing else I have experienced on earth." He said he found himself unconsciously intrigued by a video of a woman harvesting bees and he watched related videos for 90 minutes.

"All this means our kids can't pay attention to anything longer than about five seconds," McKenna said.

For a recent analysis of TikTok, The Wall Street Journal created several test accounts to study how the platform reacts to a person's interests in its photo and video streams.

"Every time you pause on a video, (TikTok) notices that," McKenna said. "One of those (test) accounts paused momentarily on 'depression' and 'mental health' videos. After 36 minutes, 93% of the videos shown to that test account were about sadness and depression.

"Here's how the dopamine system works inside TikTok -- your feed studies you. Every twitch is a signal to that algorithm, and then it starts to feed you the most addictive form of that content so that you scroll endlessly. Anything that's long -- especially sitting in a classroom -- is boring."

McKenna said a Facebook whistleblower offered information that its sister platform, Instagram, was known to be "toxic to teen girls" who post "perfect" selfies and then get little response.

McKenna said there are some teens for whom social media can actually be a benefit because they can engage with others who have similar challenges or disabilities. Thus, measuring the overall impact of social media remains "complicated," he said.

One thing is certain: Gone are the days when some of the worst moments of teenage life in dealing with adversaries are gone and forgotten within a few hours.

"When I was growing up, there were safe places," he said. "When I got off the bus, I was safe. They couldn't get to me anymore. If something dramatic happened at the football game, by the time Monday rolled around, it kind of fizzled away. Summer was an amazing reset for all of the horrible things that happened during the school year.

"All of the things that used to create a reset for trauma when we were growing up are all of the things that accelerate trauma today," he continued. " When kids go home, it's shared, all weekend long. All summer long it gets shared. Imagine a world where social comparison impacts your self-worth."

One of McKenna's remedies is to delay kids' use of social media.