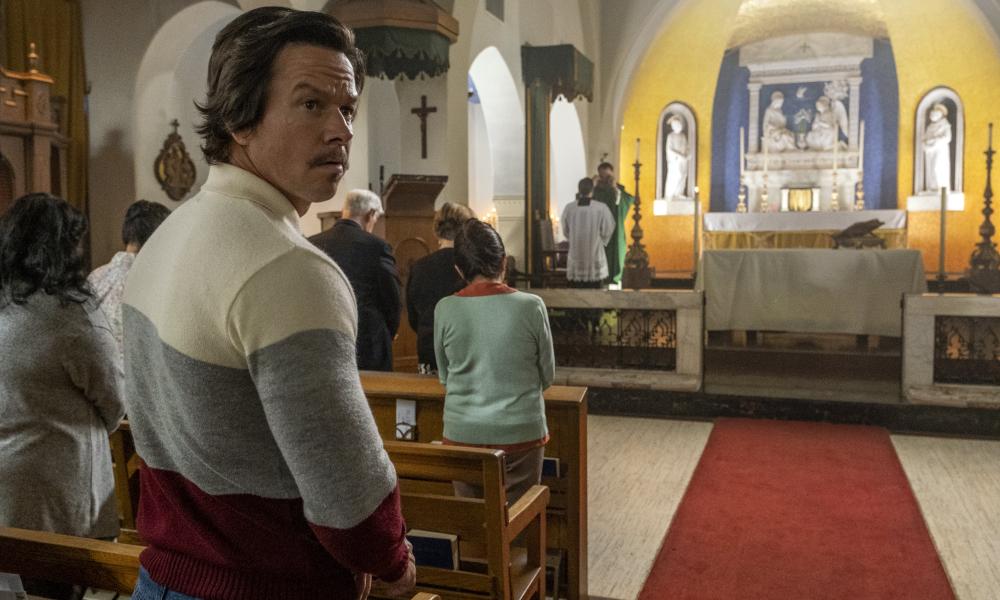 Click here to read a statement from the Diocese of Helena about objectionable language in this film.

Feb 10, 2022 / (CNA) - An upcoming film about a rough-and-tumble Montana priest has the potential to inspire every person to consider a relationship with God, Academy Award nominee Mark Wahlberg said in an interview with Raymond Arroyo that aired Feb. 10 on EWTN’s The World Over.

“It felt like it was a story and a message that everybody needed to hear,” Wahlberg told Arroyo. "If we get one other person, if we plant one more seed…and even if it takes him 50 years to get there to impact somebody else, we're doing our job.”

"Father Stu" features the story of Father Stuart Long, a Montana priest who died of a rare muscular condition in 2014. Father Stu, as he was affectionately known, was a late vocation to the priesthood. He pursued careers in boxing, acting, teaching, and museum management before his ordination in 2007 for the Diocese of Helena. He is also remembered for his no-nonsense and, at times, rough demeanor.

“It’s based on a true story,” said Father Bart Tolleson, a priest of the Diocese of Helena and a longtime friend of Father Stu. “It certainly will take liberties with the story, but it will get interest in his life, and that alone is a good thing. It’s a great story.”

Father Stu was an avid athlete. He played football at Carroll College, a Catholic university in Montana, though he wasn’t Catholic at the time. He later pursued boxing, winning the Montana Golden Gloves championship in 1985.

He then moved to Los Angeles to pursue a career in acting, taking a job at a comedy club before managing an art museum in Pasadena for several years. He would ride his motorcycle, an artifact of his acting days, to and from the museum.

“One day, I was riding home after work, and I got hit by a car, and I smashed into a car in the next lane with my head,” Father Stu shared in a 2010 interview with The Montana Catholic. “The witnesses told the sheriffs and reporters that I was rolling down the road and another car ran over the top of me. And here I am.”

Father Stu had what he called a “religious experience” in the hospital and he entered RCIA shortly after. On the day he was baptized, he knew he was going to become a priest.

He entered Mount Angel Seminary in Oregon in 2003. While in seminary, doctors discovered a fist-sized tumor and diagnosed Father Stu with inclusion body myositis, a rare muscular condition for which there is no cure. He died in 2014 after seven years as a priest.

“That cross of his disease was the most powerful way to serve people,” said Father Tolleson. “He was tireless in his service and the Lord gave him many beautiful gifts, of counsel, of providing the sacraments. He was fearless even though he was limited.”

The project seems to be one of incredible personal importance for Wahlberg. He first learned about Father Stu in 2016 during a dinner with two priests.

Wahlberg said he was impressed by Father Stu’s perseverance in the face of suffering.

“It allowed him to get closer to God through his suffering,” he continued. “And it gave him the ability to share that with other people in a very honest way that was very relatable.”

Wahlberg said he was able to connect with Father Stu’s suffering because of his own father’s battle with cancer.

“My dad was the strongest guy that I ever seen,” Wahlberg said. “And then next thing I know my dad was in a wheelchair, and my dad couldn't walk, and we had to take care of him. He lived in an assisted living home, so I understood that.”

Also, Wahlberg’s mother died during the production of Father Stu. Wahlberg said his grief plays out in the film.

“Obviously [I] went to the services and everything and I was able to digest it a little bit. But I kind of kept it bottled inside,” he said. “And then I was…shooting the scene where I’m asking God ‘why?’ before crawling at the altar…and it was one take for probably about 15 minutes, and it all just came out.”

Wahlberg said he was also motivated to pursue the project because of his own Catholic faith.

“I've always been kind of thinking about how…I continue to pay for all the blessings that have bestowed upon me,” he said. “I know God didn't put me in this position to kind of forget about where I came from.”

“I've always been kind of saying, ‘okay, what is my mission? What is my purpose?’ And planting the seed, letting it blossom and then utilizing that to continue to spread His word.”

The project took about six years to complete because Wahlberg struggled to find the right screenwriter. He told EWTN’s The World Over that he prayed for God’s intercession for the film’s success. Wahlberg ultimately chose screenwriter Rosalind Ross, who also directed the film. Sony Pictures picked it up in January.

The film does include foul language. Wahlberg said this was intentional, to make the film accessible to a wider audience: “We wanted to be brutally honest,” Wahlberg said. “We want to make sure that this movie is not exclusive to Catholics and devout people. This is inclusive to everybody…You remember what God's mission was, right? He didn't come to save the righteous.”

Father Stu will be released in theaters on Good Friday, April 15.