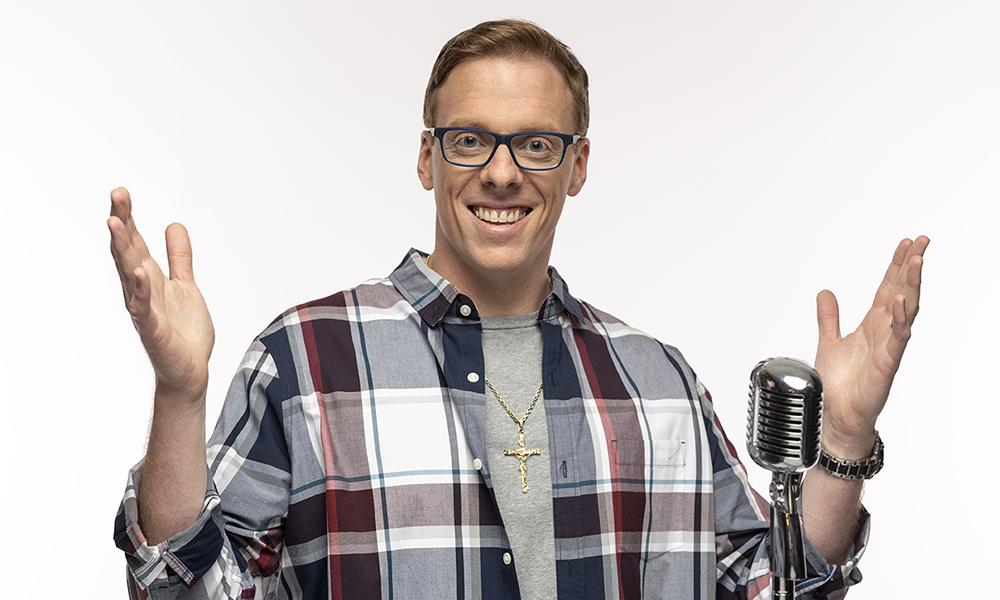 “I don't want to just get by as a Catholic.  I want to be a saint. I'm definitely on a mission,” said Reynolds, owner of Tampa-based Cross Boss Media. Over the past three years, he has devoted himself full-time to developing Christian-based TV programming that entertains and evangelizes the hearts of young people.

But he says this mission is not his own. While on a silent retreat in 2018, he heard a clear call to leave his real estate company and go into ministry.

“This is not my cause to draw kids to God; rather, it's God's cause that He's chosen me to lead, assemble a great team, and -- above all -- remain faithful,” said Reynolds.

His media company’s first show, Studio 3:16, launches on September 8th, the Nativity of our Blessed Mother, Mary. Reynolds has recruited a Hollywood-based director/screenwriter and a cinematographer to give the show a polished and professional presentation.

“Media, along with academia, are attacking and effectively destroying the innocence and faith of our kids and families, and I'm not going to stand, watch, and complain about it anymore.  I'm also not going to combat it by producing subpar content, hoping for a pass from kids and parents because it's Christian.  It needs to stand alone as excellent content,” said Reynolds, a parishioner of Christ the King Catholic Church, Tampa.

To give the show an authentic quality, Reynolds has created a Writers Guild of local students who are paid to review and revise every script with the show’s producers to ensure the program appeals to their target audience, children ages 7-12.

Also, local priests have been invited to become involved with the program. Father Chuck Dornquast, Diocese of St. Petersburg Director of Vocations, appears in the episode that debuts on September 8th. Father Chuck is known for his gregarious personality and active social media presence.

“What inspires me about Studio 3:16 and the efforts of Rob and his team is that there is no safety net. They were faithful in prayer, recognized a tremendous need in the Body of Christ, discerned a call to give themselves to this need and they've done it. There has not been a backup plan or blueprint. They are courageously living the gospel,” said Father Chuck.

The show will be heavily marketed nationally but will have a homegrown feel to locals.

“Many members of our team are proud residents of Tampa, proud Catholics of the Diocese of St. Petersburg and proud parishioners of various local churches,” said Reynolds.

“We believe that the show will have a Christ-centered impact on kids within and far beyond the local area,” added Reynolds.

Studio 3:16 is entertainment that incorporates Scripture, music, the arts, humor, great storytelling, and Hollywood-level production to inspire young people to imitate Christ through the foundation of virtues, faith, and Truth. The plot involves a high-spirited Christian recording artist, aided by unsuspecting collaborators, who discovers how Gospel passages are relevant today so he can reconcile his own shortcomings, keep his job, and teach kids about God through his music.

Dr. John Bergsma, PhD in Scripture and professor at Franciscan University of Steubenville and Scott Hahn's St. Paul Center for Biblical Studies, is a program adviser who ensures the interpretation of Scripture in each episode is faithful to Catholic Church teaching.

The program will be available to watch for free and viewers will be encouraged to support the program financially, similar to the funding model of The Chosen, a popular TV series about the life of Christ that has surpassed 250 million views in the past 2 and a half years.

Caption: Tampa resident Shevin McCullough, is the co-writer and lead actor of Studio 3:16, a locally produced children’s program that is launching nationally on September 8th. Shevin plays a good-natured yet misguided recording artist who writes and releases songs to explain the weekly Sunday Gospel passage.

Caption: Rob Reynolds, owner of Tampa-based Cross Boss Media, is shown with his family in 2021. They attend Christ the King Parish in Tampa.