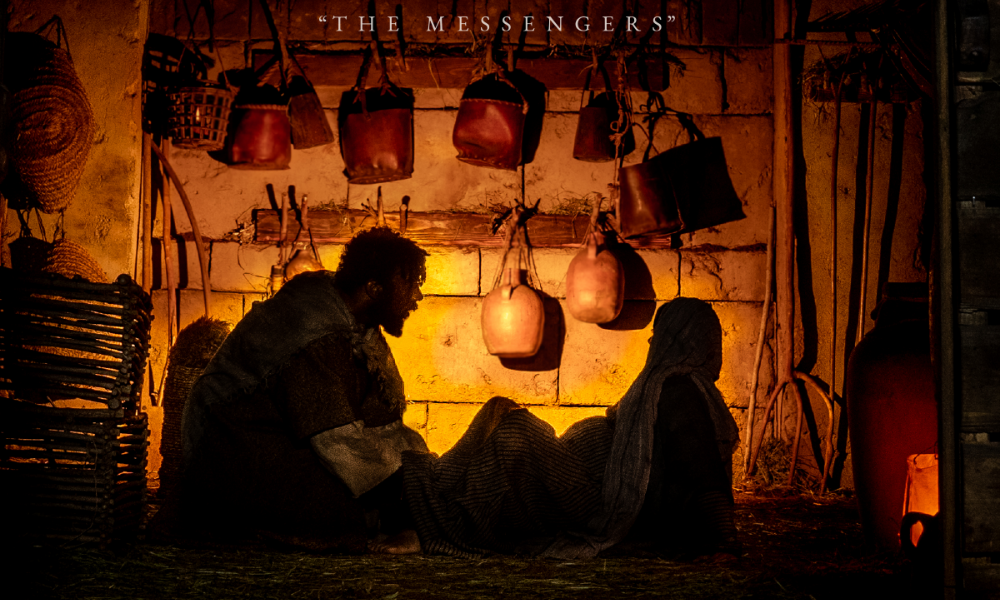 Christmas with The Chosen beautifully humanizes the Nativity

Update December 8, 2021 - Christmas With the Chosen: The Messengers debuted as No. 1 at the box office on its first two nights and No. 4 through the weekend and is extending through December 12 in many theaters across the country.

The worldwide sensation about the life of Jesus, The Chosen, will bring its moving and powerful depiction of Biblical events to the big screen in a Christmas special, playing exclusively in theaters from Dec. 1 – Dec. 10.

Christmas with The Chosen takes the superb acting and production design the series has become known for and brings to life one of the most monumental events in the history of the world: The Nativity. The special episode, entitled “The Messengers,” is preceded by performances of classic Christmas songs and hymns by artists such as Matt Maher, For King and Country, Phil Wickham, Maverick City Music and much more. (View the trailer here.)

There have been many recreations of the Nativity brought to both the big screen and home screens over the years, some great and others not so much, but in typical The Chosen fashion, “The Messengers” is a relatively short but extremely moving take on the night that Jesus was born. Mary and Joseph are beautifully portrayed, and the episode poignantly breathes new life into Mary’s timeless Magnificat prayer. There’s a reason that The Chosen has become the most successful crowdfunding campaign ever, and the fact that its debut in theaters also broke ticket sales records is a testament to both its popularity and lasting power.

While “The Messengers” does include some creative embellishments that aren’t exactly based on Sacred Scripture, as with many previous episodes of The Chosen, there is nothing that should cause concern among Christians, and indeed, the episode is all the more moving because of it. There is also nothing that should cause concern for parents wanting to take their children to see it, especially if those children are already familiar with The Chosen. Between the musical performances and the special episode itself, it’s a Christmas event that’s worth seeing with the family and even inviting friends to come along, and the best part is that proceeds will go toward the continued production of The Chosen series.

Christmas with The Chosen will play exclusively in select theaters from Dec. 1 – Dec. 10. For more information and to order tickets at a theater near you, visit peoplemustknow.thechosen.tv.