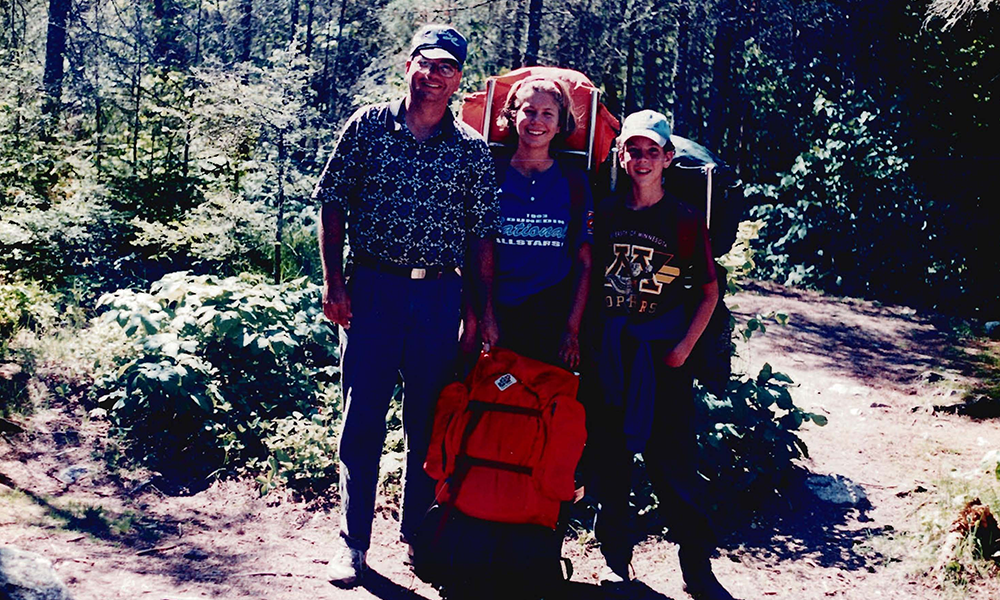 “I am amazed at the beauty of God in His creation.”

Deacon Paul Koppie has always had a deep love and appreciation for God’s creation. From his childhood in Minneapolis where he spent his days in the fields and woods around his home, to participating in the very first Earth Day by picking up trash in area parks, to time spent camping and backpacking, nature has always been a place for him to hear God’s voice and feel his love.

“I am amazed at the beauty of God in His creation, from the micro to the macro, from the beautiful sunset to the fierceness of a storm, from the conception of a child to the birth of a star,” said Deacon Koppie. “Everywhere is God speaking to us through nature. Seeing God’s creation only makes me appreciate all the more the love He has for His children.”

However, with the publication of Laudato Si’, Pope Francis’ encyclical on Care for Our Common Home in 2015, Deacon Koppie’s care for creation took on a new dimension and urgency, connecting how we treat the earth with how we treat each other.

“The destruction of the human environment is extremely serious, not only because God has entrusted the world to us men and women, but because human life is itself a gift which must be defended from various forms of debasement,” writes Pope Francis in Laudato Si’.

Six years after the encyclicals release, the Church is still engaged in an on-going response to the Holy Father’s call to seek out new and innovative ways to care for our common home and everyone who lives on it.

“I, as well as many others, saw Laudato Si’ as an insightful critique of the status of God’s creation, our moral responsibility to the care of creation, and our duty as Catholics to protect those who rely on nature for their livelihood, especially the most vulnerable,” said Deacon Koppie.  “So acute and discerning were the pope’s words that I read it several times. It was here that I came to an understanding that we need to care for creation on behalf of all the inhabitants of earth; even those who cannot speak for themselves.”

Serving at St. Michael the Archangel Parish in Clearwater, Deacon Koppie has been involved in parish ministry, the Knights of Columbus, and the FAST (Faith and Action for Strength Together) organization. Bearing in mind Pope Francis’ words on the plight of the poor who are most vulnerable to environmental degradation, Deacon Koppie has also recently become active in the Care4Creation Justice Ministry, which looks to improve environmental concerns such as pollution, mold, and storms that impact marginalized communities.

Deacon Koppie spoke at a virtual Laudato Si’ workshop on August 17, which brought together faith leaders from various congregations to help participants understand the connection between their faith and caring for creation. The workshop was organized by DART, the Direct Action & Research Training Center and speakers included Archbishop Tomas Wenski from the Archdiocese of Miami.

While reports on climate change, rising sea levels, and pollution can be discouraging, Pope Francis writes in his encyclical, “All it takes is one good person to restore hope!” It is a monumental challenge, but one that every person is able to take part in and make a difference.

From September 1 (World Day of Prayer for Creation) to October 4 (Feast of St. Francis) each year, the Christian community celebrates the Season of Creation by praying and acting together to protect our common home. This “time for creation” offers, in the words of Pope Francis, “individual believers and communities a fitting opportunity to reaffirm their personal vocation to be stewards of creation, to thank God for the wonderful handiwork which he has entrusted to our care, and to implore his help for the protection of creation as well as his pardon for the sins committed against the world in which we live." The season is celebrated by tens of thousands of Christians around the world annually (https://seasonofcreation.org) with encouragement from leaders of other faith traditions.

Photo:  Deacon Paul Koppie is pictured with two of his children, Melissa and Patrick, during a canoe and camping trip in Northern Minnesota in 1995.