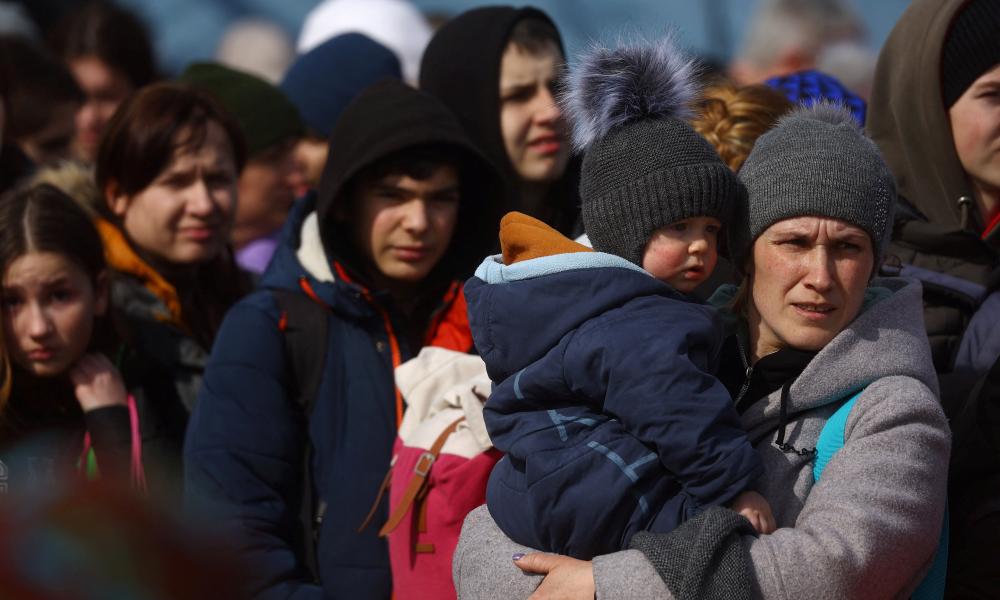 Why Does God Allow the War in Ukraine?

Q: Nonbelievers will point to war, such as what we see in Ukraine, and other forms of suffering to justify their nonbelief. How do we as believers explain why God allows such tragedies to occur?

A: Evil's existence constantly tests faith, even for people whose belief is strong. The suffering of the innocent, random violence, or the scourge of war may make it seem like the forces of evil are having their way, and God is absent. Nonbelievers often cite examples, like war, to accuse God, seeing him as a co-author of evil and suffering because he does not extinguish or prevent them.

However, God is not the author of evil or suffering, nor is he absent when humans suffering. Our Heavenly Father is the author of human freedom. Men and Women can choose to embrace good or bad, right, or wrong, because God created us with free will. We abuse God's gift of freedom through sin, complicity with the forces of darkness, or surrendering to temptation. Our sins, however private, damage others and offend the created order. It is through sin that evil enters the world. To extinguish evil, God would have to deprive us of our freedom as well. Nor is God absent when human beings are suffering. God provides us with hope, grace, mercy, and consolation when we are being attacked by evil forces or in physical or emotional anguish.

Peter Berger (1929 -2017), an Austrian sociologist and Protestant theologian, in his book, A Rumor of Angels, introduces what he calls "inductive reasons for faith." In other words, he says that from observing human behavior carefully, we can intuitively discover signs of the transcendent, which inspire faith. One of the intuitions Berger identifies is our ability to recognize evil. Berger said that instinctively human beings realize that specific actions are simply wrong. Wrong not because the actions offend socially constructed moral norms or violate laws. Wrong because the actions are alien to a universal order imprinted on Creation by the Creator. If there was no God, Berger might ask: How could we say war is wrong? Nonbelievers suppose there is no faith and thus no transcendent order by which we can evaluate our acts. With that mindset, would it not be possible to argue that war is merely another example of "survival of the fittest," the principle which rules the animal kingdom? Another famous author Harold Kushner, an American Jewish Rabbi, in his book Who Needs God, similarly defends the faith of the biblical religions. Kushner reminds us that faith provides "eyes with which to see the world" and a way of determining "what makes some things wrong."

In short, these two authors from outside Catholic Tradition affirm the truth that God is not the author of evil and suffering but the only answer to them. Catholic Faith affirm that in Jesus, God is present in our human suffering and not absent from it. Therefore Protestants, Jews and Catholics attest to the truth that only with faith can we overcome evil and prevent it. Likewise, without faith, we are unarmed against evil and without hope in suffering.

In conclusion, I cite a prayer that was found on the cellar wall of a Nazi concentration camp after it was liberated. The prayer sums up the argument for faith even amid situations that test it.

Photo Caption: Refugees line up for buses taking them to safe places outside Ukraine as they flee the ongoing Russian invasion, outside the main train station in Lviv, Ukraine, March 12, 2022. (CNS Photo/Kai Pfaffenbach, Reuters)