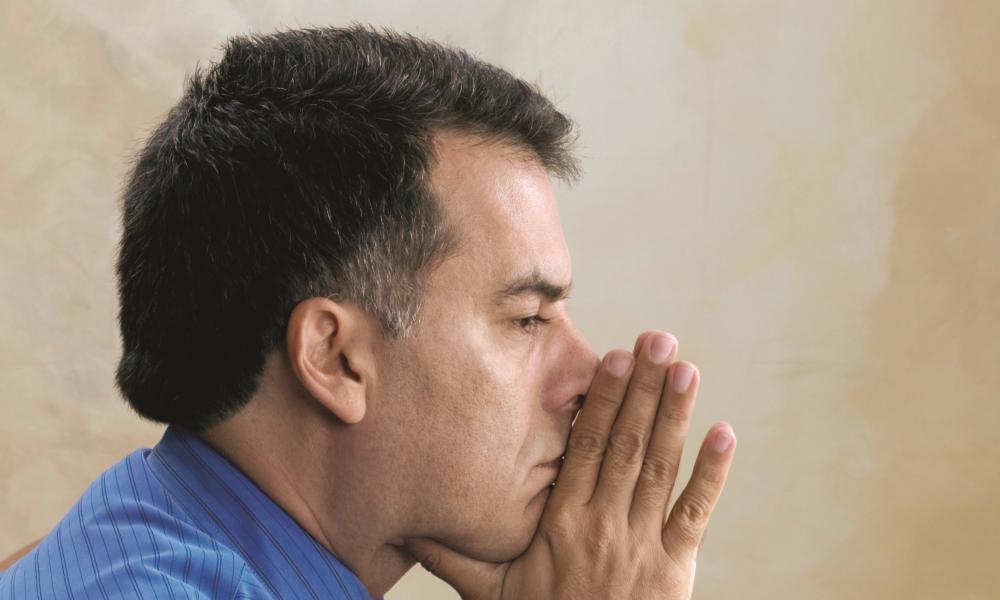 What Do You Say When a Friend Has Tried Praying and Listening to God, but Hears Nothing?

To help with evangelization, we are offering some ways of approaching various questions Catholics may encounter from co-workers, family and friends regarding the practice of the faith. Of course, we must remember that nothing can replace the power of witnessing to the Good News through our own actions and words, combined with our willingness to accompany others on their faith journey.

A friend of mine said he’s tried praying and listening to God the way people have told him to do, but he hears nothing. What can I say?

A natural first step in responding to the friend’s statement would be to explore the friend’s expectations. In other words, what does he want from prayer and how does he expect God to respond? In addition, where does he expect to discover God’s response? The answers to these types of questions can help inform a fuller and more helpful response.

It is always important to honestly examine our expectations from prayer. In this case, is the friend turning to prayer because he expects God will make him rich, famous, influential or powerful? Is he hoping God will affirm his desire to escape from relationships and/or situations that are painful or difficult – that he deems no longer desirable and beneficial to his self-fulfillment? Does he want God to ratify his decision to pursue a relationship with someone other than his spouse? To escape the demands and responsibilities of family life because they stand in the way of his dreams? Or to leave a job over boredom and dissatisfaction though it might be irresponsible to do so?

The point is that when we enter into prayer with such expectations, we can make it more difficult to hear God’s voice because we wait to hear only what we want to hear. St. Teresa of Calcutta explains that we cannot really listen if our hearts are full of other things. If our minds are preoccupied, we will not have the silence needed to actually listen.

St. Teresa encourages us to practice the following in order to attain that true inner silence which enables us to hear the voice of God:

“Silence of the eyes, by seeking always the beauty and goodness of God everywhere …

Silence of the ears, by listening always to the voice of God and to the cry of the poor and the needy …

Silence of the tongue, by praising God and speaking the life-giving Word of God that is the truth, that enlightens and inspires, brings peace, hope and joy …

Silence of the mind, by opening it to the truth and knowledge of God in prayer and contemplation, like Mary who pondered the marvels of the Lord in her heart …

Silence of the heart, by loving God with our heart, soul, mind, and strength; loving one another as God loves …”

“Hearing” the voice of God calls for an attentiveness and openness to the unpredictable, to the uncertain. To approach prayer with the sincere intention to discern God’s voice opens up creation to us in a way that is impossible to describe. Every relationship, every activity, every thought, every spoken word is brought into an awareness centered on God and on what God is trying to communicate to us.

You might suggest to the friend that he place his prayer into conversation with the Word of God when seeking an answer. One way of doing this is through a process of theological reflection. For example, the friend could reflect on the heart of his prayer. What is it that he is really seeking? Once identified, he could explore what Scripture and Tradition have to say regarding this heart in order to discern what God might have to say about it.

During the time young Samuel was minister to the Lord under Eli, the word of the Lord was scarce and vision infrequent. One day Eli was asleep in his usual place. His eyes had lately grown so weak that he could not see. The lamp of God was not yet extinguished, and Samuel was sleeping in the temple of the Lord where the ark of God was. The Lord called to Samuel, who answered, “Here I am.” He ran to Eli and said, “Here I am. You called me.” “I did not call you,” Eli answered. “Go back to sleep.” So he went back to sleep. Again the Lord called Samuel, who rose and went to Eli. “Here I am,” he said. “You called me.” But he answered, “I did not call you, my son. Go back to sleep.”

Samuel did not yet recognize the Lord, since the word of the Lord had not yet been revealed to him. The Lord called Samuel again, for the third time. Getting up and going to Eli, he said, “Here I am. You called me.” Then Eli understood that the Lord was calling the youth. So he said to Samuel, “Go to sleep, and if you are called, reply, ‘Speak, Lord, for your servant is listening.’” When Samuel went to sleep in his place, the Lord came and stood there, calling out as before: Samuel, Samuel! Samuel answered, “Speak, for your servant is listening.” The Lord said to Samuel: I am about to do something in Israel that will make the ears of everyone who hears it ring. On that day I will carry out against Eli everything I have said about his house, beginning to end. I announce to him that I am condemning his house once and for all, because of this crime: though he knew his sons were blaspheming God, he did not reprove them. Therefore, I swear to Eli’s house: No sacrifice or offering will ever expiate its crime. Samuel then slept until morning, when he got up early and opened the doors of the temple of the Lord. He was afraid to tell Eli the vision, but Eli called to him, “Samuel, my son!” He replied, “Here I am.” Then Eli asked, “What did he say to you? Hide nothing from me! May God do thus to you, and more, if you hide from me a single thing he told you.” So Samuel told him everything, and held nothing back. Eli answered, “It is the Lord. What is pleasing in the Lord’s sight, the Lord will do.” (1 Sm 3:1-18)

Doug Culp is Secretary for Pastoral Life & Bishop’s Delegate for Administration in the Diocese of Lexington. He holds an MA in theology from Catholic Theological Union in Chicago.