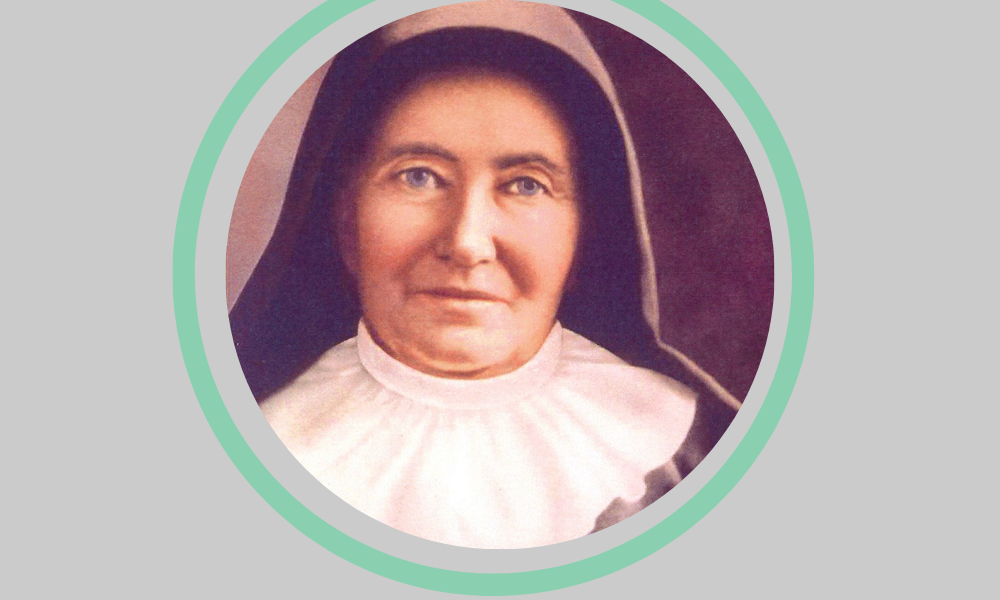 Caption: Mother Margaret Mary Healy Murphy is seen in this undated photo. Mother Murphy in 1893 founded the Sisters of the Holy Spirit and Mary Immaculate, the first order of women religious in the state of Texas. The congregation was started after Mother Murphy, a native of Ireland, spent years helping the poor and serving African Americans and Mexican Americans as a laywoman. She died in 1907 at age 74. A cause for her canonization is under consideration by the Archdiocese of San Antonio. (CNS photo/courtesy Archdiocese of San Antonio)

November 16, 2022 | At their annual fall Plenary Assembly, the bishops of the United States held a canonical consultation on the cause of beatification and canonization of the Servant of God Mother Margaret Mary Healy-Murphy, foundress of the Sisters of the Holy Spirit and Mary Immaculate.

Archbishop Jerome E. Listecki of Milwaukee, chairman of the U.S. Conference of Catholic Bishops’ (USCCB) Committee on Canonical Affairs and Church Governance, and Archbishop Gustavo García-Siller, M.Sp.S., of San Antonio, facilitated the discussion by the bishops. By a voice vote, the bishops expressed support for the advancement of the cause of beatification and canonization on the diocesan level.

A brief biography of Mother Margaret Mary Healy-Murphy was provided by the Archdiocese of San Antonio:

Margaret Mary Healy was born on May 4, 1833, to Jane Murphy Healy and Richard Healy in Cahersiveen, County Kerry, Ireland. When she was only five years old her mother died in childbirth, and over the next few years, Margaret watched her family and the rest of Ireland struggle to survive the ravages of famine.

Margaret immigrated to America with her father when she was 12 and her father died shortly after their arrival. She accompanied her brothers, aunts, and uncles when they made their way across several southern states and eventually to Mexico, where they operated a hotel. Upon marrying John Bernard Murphy in 1849, Margaret and her family moved to Texas. While her husband was traveling for business, Margaret ministered to the pastoral and material needs of her neighbors, reportedly even riding 35 miles on horseback to secure medicine for Yellow Fever victims.

With the Civil War brewing and her husband away, most likely for safety, Margaret moved to Corpus Christi, Texas, helping her neighbors with chores and cooking meals for those in need. After the war, Margaret volunteered at St. Patrick’s Parish, even as the Yellow Fever epidemic reached the city. She worked alongside the pastor, Reverend John Gonnard, who later died from the illness. One of the patients Margaret tended to – Mrs. Delaney – entrusted her daughter, Minnie, to Margaret’s care. Margaret and John Bernard adopted Minnie and sent her to a boarding school in New York with the Sisters of St. Mary of Namur. They also adopted Margaret’s goddaughter, Lizzie, who had lost her mother as well. Upon graduation, both girls entered the religious life with the Incarnate Word and Blessed Sacrament Sisters.

Following the death of her husband in 1884, Margaret operated a tuberculosis hospital in Corpus Christi. After a few years, she moved to San Antonio. In 1887, responding to a plea from the bishops during the Third Plenary Council of Baltimore, she was inspired to use her own finances to build the first black Catholic Church and school in the city. With racial prejudice prevalent, she struggled with securing finances to sustain her project and maintain a stable faculty. In 1893, with the blessing of Bishop John C. Neraz, Margaret founded a new religious congregation, the Sisters of the Holy Ghost, now known as the Sisters of the Holy Spirit and Mary Immaculate. These sisters supported Margaret’s mission of working with the poor and people of color. Mother Margaret Mary Healy-Murphy died on August 7, 1907, leaving behind 15 sisters, two postulants and three missions. Even today, her congregation continues “manifesting the compassion of Jesus to the poor” in the United States and Zambia.

On June 28, 2022, Archbishop García-Siller announced his intention to formally open the diocesan phase of investigation into the life of Mother Margaret Mary Healy-Murphy.