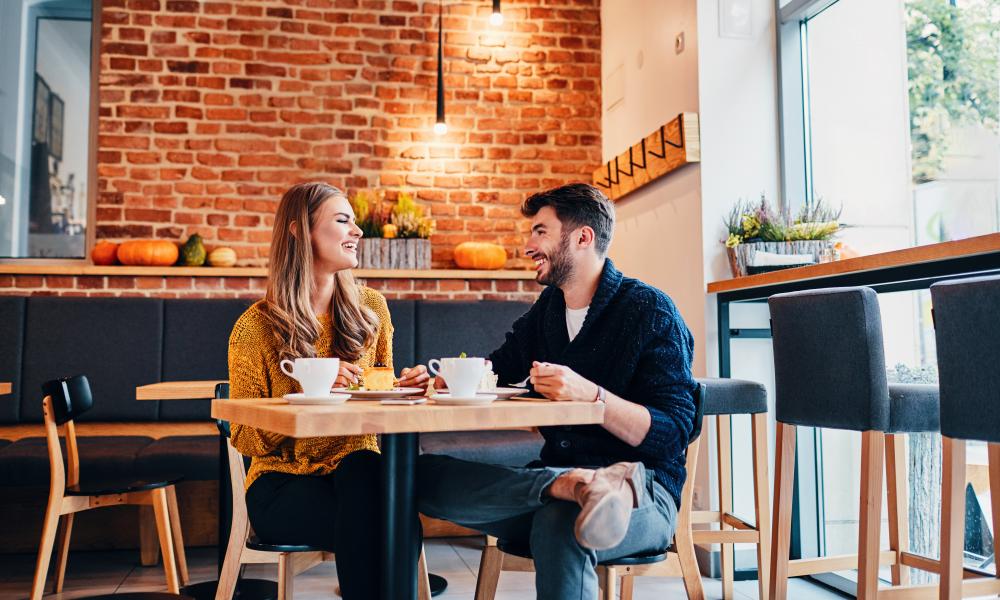 Three Catholic Dating Tips in a Society of 'Swiping' and 'Ghosting'

Feb 14, 2022 / (CNA) - Dating in today’s world can be hard. We live in a society where “swiping right” and “ghosting” are a part of our vocabulary, and the hook-up culture is widely accepted. For a Catholic trying to find his or her other half, it can seem nearly impossible. How do you find someone who shares the faith, or who wants to get married, or who will understand your belief in the sanctity of marriage?

Just in time for Valentine’s Day, Cecilia Jean Brennan, a newly-married Catholic content creator, podcast host, and founder of West of Perfection, spoke with CNA about her tips for young Catholics who are dating. Brennen regularly advises young Catholic women through Instagram on topics ranging from the meaning of femininity and modesty in today’s culture to dating and relationship advice in an effort to empower women to find their identity in Christ.

Brennan first addressed the role of discernment with CNA.

“Oftentimes we hear the word ‘discernment’ in the Catholic culture” in regards to a vocation to marriage or religious life, she said. But, she added, “it's so much more than that.”

Many times, people pray, but struggle to hear God saying anything so they are unsure how to proceed. What should Catholics do in this situation?

“I get this so much and they're like, ‘I've been waiting and praying.’ I'm like, ‘Well, what are you waiting for?’ He's not going to fall into your lap!” Brennan said.

“I think a lot of Catholic women think, ‘Oh, I'm just going to sit in adoration and my dream man is just going to walk through the door and sit next to me and we're going to ride off, you know, in a horse and buggy,’ but it's just not true,” she said jokingly. “You know, the whole idea of waiting is like God has also given us the freedom to make decisions.”

Along with praying and discerning, Catholics should also take action in dating, she added.

“Oftentimes we have to put ourselves out there, so I would say instead of waiting, how about taking action and what does that action look like?” asked Brennan.

As someone who previously worked for a Catholic dating site, Brennan also encouraged young people to try the online scene, “because who says the Lord can't work through the medium of either social media or a medium of an online site?”

The mindset you have also plays a critical role in dating. As Brennan explained, “I would say that good dating is a skill. The mindset of dating is something you have to learn.”

She advised women not to go on dates with the mindset that this man could be your future husband. This adds unnecessary pressure not only on the woman, but also on the man.

“With that, when you inspire someone to be the higher, better version of themselves, they're actually growing more towards Christ. But as a woman, that's really our only duty on a date. And obviously you get to know them,” she expressed.

Finally, Brennan asked women, “If you're looking for your Saint Joseph, what kind of woman would a man like Saint Joseph want?”

“Every woman has an idea of what characteristics they would want in their future husband. So, you have to take it from his perspective. What are the characteristics he wants in his future wife?” she asked. “And if you're not those, then you either need to change your standards or, you know, actually start working on yourself.”

“We're not dating just to date. We're dating for the Sacrament of Marriage,” Brennan concluded.

In other words, when dating, remember P.D.A. — no, not that kind of P.D.A. — prayer, discernment, and action.