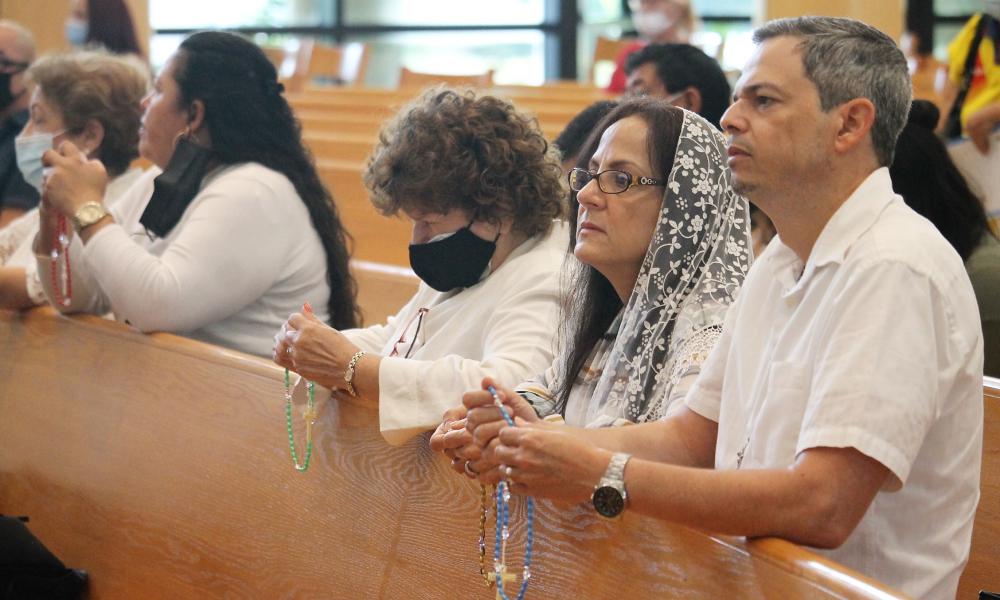 Should I wear a veil?

Q: When I traveled through Texas I stopped by a local church and many of the ladies there wore veils. This is not something that is regularly practiced at my local parish. However, I was intrigued about the devotion and am considering if it’s the right thing for me. What should I focus on when discerning wearing a veil and where does this devotion come from?

A: The custom of women covering their head at Mass has a long history and signifies different things to different people. For some it is a mark of modesty for others it is intended to remind the wearer and others of the proper disposition of humility before God. It also can be seen to symbolize the nuptial image of Christ and his bride the Church. Other religious traditions also use some form of head covering for prayer. For example, observant Jewish men wear a yarmulka at least in the synagogue and both Jewish men and women may make use of prayer shawl.

The Catholic custom of women covering their head at Mass fell out of common practice after the Second Vatican Council. The Council’s liturgical norms did not explicitly require women to wear a veil. The practice has had a resurgence since the Apostolic See gave permission for the celebration of the Tridentine Mass, that is, the Mass as it was celebrated before the Second Vatican Council. Women who attend the Tridentine Mass customarily wear a veil and thus it seems natural to them to do so when attending a Mass according to the new liturgical norms. Also, some women had maintained the custom or adopted it later because they felt it was spiritually beneficial.

I think the best way to discern if the practice is right for you is to follow up on your curiosity. Speak with several women who wear a head covering to Mass and ask them what the practice means to them.

Based on what you hear about why they cover their head for Mass, you can determine if it would be helpful to your reverent celebration of the Mass and promotes progress in the pursuit of holiness. Like all pious practices it needs to be measured by the fruit it bears in one’s spiritual life. Our devotional practices ought to deepen our intimacy with the Sacred Mysteries we are celebrating.

Regretfully some Catholics can be judgmental about the piety of others and may consider the custom of covering one’s head for Mass as outdated or chauvinistic. However, this may be a projection of their own opinion onto another’s devotional practices.  Of course, we want to avoid judgement of others and not allow differences in devotional practices to be a source of division.