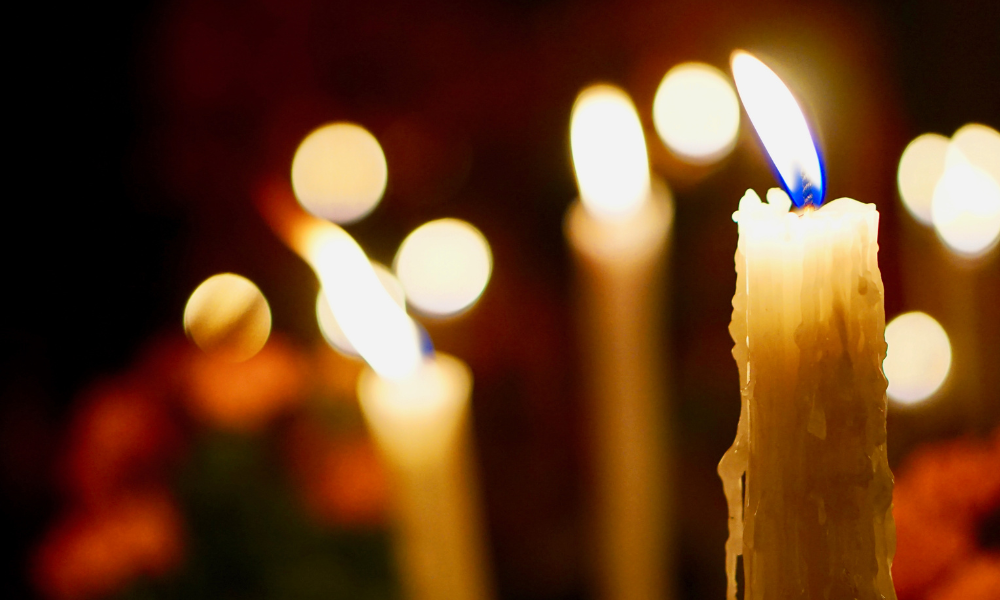 Question: My Hispanic family has always celebrated Día de Los Muertos, or Day of the Dead, on All Souls Day, November 2nd. We make a small altar decorated with colorful serapes, paper flowers, and sugar skulls. Then, we place photos of our dearly departed family members and pray for them. However, someone at Church told me this tradition was going against our Catholic faith. Can you help me understand if it's okay to continue celebrating it, and if so, are there any secular pitfalls we should avoid?

Answer: The celebrations associated with Dia de los Muertos originated in pre-Christian culture. While people tend to have strong feelings about holidays with pre-Christian roots, one may want to consider the pre-Christian roots of many Catholic celebrations and practices, which early Christians transformed into expressions of Catholic Faith. Both Catholic and pre-Christian practices often originate by reference to the cosmological order, the turning of the seasons, the harvest, daily changes in natural light, or the solar and lunar calendars.

Most historians believe the Dia de los Muertos customs originated in Aztec culture. However, it is thought Mexico adopted these customs to promote its unique national identity as opposed to Spain's. Of course, the meaning of Dia De los Muertos in Aztec culture would not be integral with Christian doctrine regarding the resurrection of the dead. Even if one does not identify with its pre-Christian meaning, celebrating the Day of the Dead could risk a form of syncretism, a confusion of spiritual and cultural elements that leads to error. Secularism is not the danger posed by cultural expressions like Día de los Muertos. Instead, the concern is one would reduce religion to superstition, distort our spiritual nature or become entangled with the gory.

Pre-Christian cultures focused on death in November because it was the time of the harvest when the weather turned, signifying winter's approach. With winter came the fear that many of the weak, sick, and old would not see the spring. The pre-Christian religions' response was to offer sacrifices to their gods or spirits, urging these powers to lead the dead to their final resting place. Día de los Muertos, the Aztecs believed, was when the border between the spirit world and this world dissolved, and the souls of the dead awakened and returned to feast with the living.

The Church's response to the fear of death with winter's approach was to present the faithful with a Christian vision of the afterlife through the twin liturgical celebrations of All Saints and All Souls. The former celebration remembers that the righteous who die live as Saints among the Saints in Heaven. The latter celebration expresses the belief that the earthly Church's prayers and penance aid the souls in purgatory so that they are sped along their journey to eternal rest through God's mercy.

Mostly, people who celebrate Día de los Muertos do not attach to it any religious significance. Instead, they see it as a day of merriment, remembrance, and acknowledgment of cultural roots. In that sense, there is likely nothing threatening to our Catholic faith. However, Catholics have differing beliefs about celebrating holidays with pre-Christian origins. Some people strongly believe Catholics must view these practices as idolatrous and thus sinful. Others believe one can transform these practices and free them of elements alien to the Christian faith.

The Church teaches that the Gospel message can purify formerly pre-Christian practices and allow the faith to be understood by translating cultural practices into the ecclesial ethos. This approach means that if we celebrate these cultural holidays, we must be vigilant to protect our faith and the faith of others, particularly the young and those whose faith is weak. One must also be cautious and set aside any element or meaning alien to Catholic Faith. It is crucial to purify our celebrations by consciously removing vestiges of the pre-Christian elements and exchanging pre-Christian meanings with the Church's faith, in the case of the Day of the Dead, with our belief in the resurrection of the dead. For example, your family could set up a remembrance table with a crucifix and votive candles rather than an altar. Instead of skulls signifying the finality of death, perhaps display rosary beads that better signify our relationship with our beloved dead. This approach seems to be the one your family has taken, associating the celebration with the memorial of All Souls and the Catholic practice of praying for our departed loved ones.