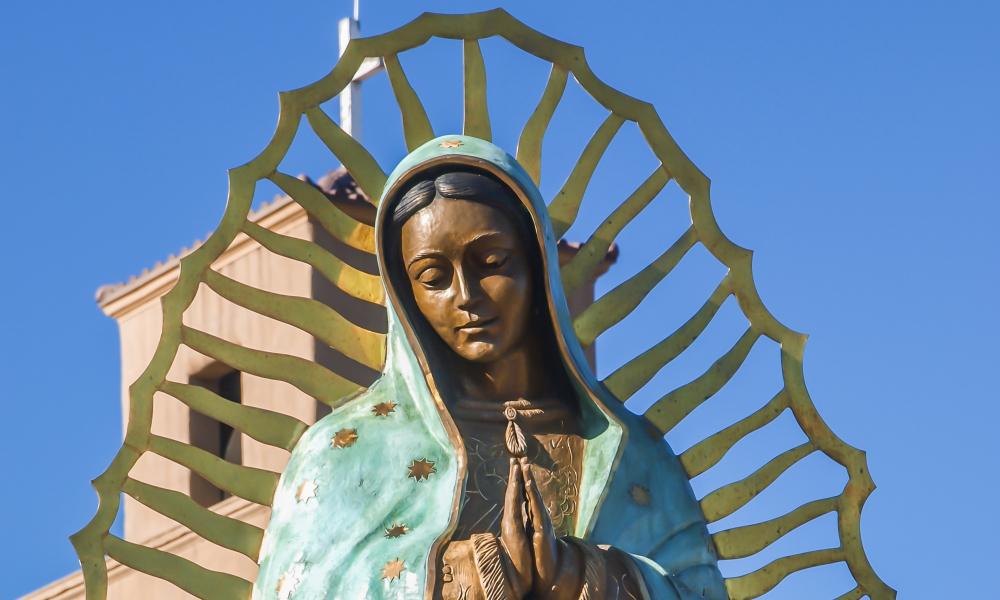 Science Cannot Explain the Tilma of Our Lady of Guadalupe

(CNA) In 1531 a "Lady from Heaven" appeared to Saint Juan Diego, a Christian man of the indigenous population from Tepeyac, on a hill northwest of Mexico City. She identified herself as the Mother of the True God and instructed him to have the bishop build a church on the site. As a sign for the bishop, she left an image of herself imprinted miraculously on his tilma, which was his cloak. The tilma should have deteriorated within 20 years but shows no sign of decay after over 470 years. To this day it defies all scientific explanations of its origin.

In the eyes of Our Lady of Guadalupe on the tilma, we can see reflected what was in front of her in 1531. Her message of love and compassion, and her universal promise of help and protection to all mankind, as well as the story of the apparitions, are described in the "Nican Mopohua," a 16th century document written in the native Nahuatl language.

There is reason to believe that at Tepeyac, Mary came in her glorified body, and her actual physical hands rearranged the roses in Juan Diego’s tilma, which makes this apparition very special.

An incredible list of miracles, cures, and interventions are attributed to Our Lady of Guadalupe. Each year an estimated 10 million people visit her Basilica, making her Mexico City home the most popular Marian shrine in the world, and the most visited Catholic church in the world after Saint Peter’s Basilica in the Vatican.

There is no under sketch, no sizing and no protective over-varnish on the image. Microscopic examination revealed that there were no brush strokes. The image seems to increase in size and change colors due to an unknown property of the surface and substance of which it is made. According to Kodak of Mexico, the image is smooth and feels like a modern-day photograph. (Produced 300 years before the invention of photography.)

The image has consistently defied exact reproduction, whether by brush or camera. Several images can be seen reflected in the eyes of the Virgin. It is believed to be the images of Juan Diego, Bishop Juan de Zummaraga, Juan Gonzales-the interpreter and others. The distortion and place of the images are identical to what is produced in the normal eye, which is impossible to obtain on a flat surface. The stars on Our Lady's Mantle coincide with the constellation in the sky on December 12, 1531. All who have scientifically examined the image of Our Lady over the centuries confess that its properties are absolutely unique and so inexplicable in human terms that the image can only be supernatural.

Altogether, 24 popes have officially honored Our Lady of Guadalupe. His Holiness Blessed John Paul II visited her Sanctuary four times: on his first apostolic trip outside Rome as Pope in 1979, and again in 1990, 1999 and 2002.

The Feast of Our Lady of Guadalupe is celebrated on December 12th. In 1999, Blessed John Paul II, in his homily given during the Solemn Mass at the Basilica of Our Lady of Guadalupe, his third visit to the sanctuary, declared the date of December the 12th as a Liturgical Holy Day for the whole continent. During the same visit Pope John Paul II entrusted the cause of life to her loving protection, and placed under her motherly care the innocent lives of children, especially those who are in danger of not being born.