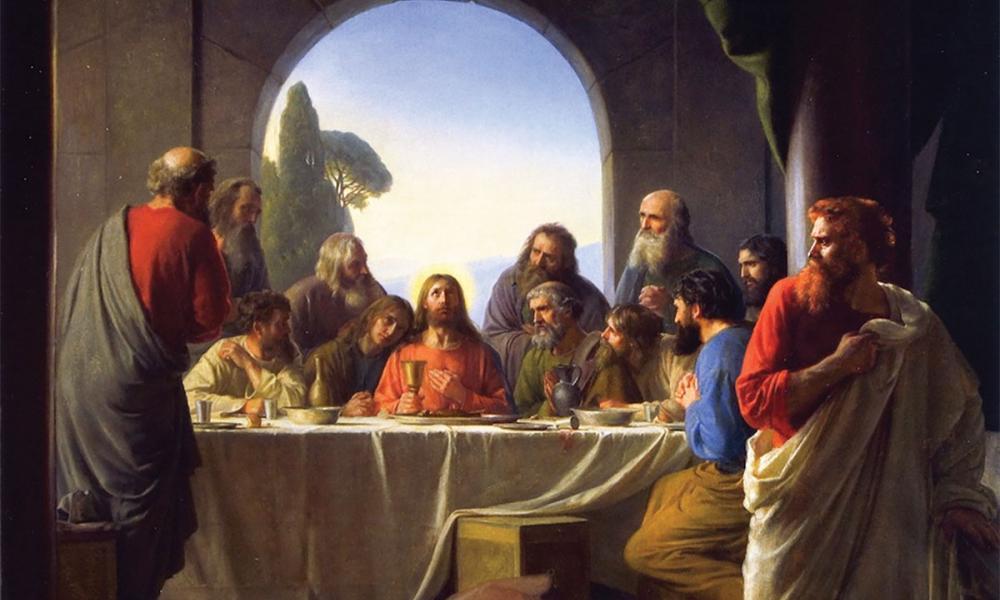 Encountering Jesus in the Sacraments

Our culture abounds with spiritual seekers hungry for an encounter with the true God. Many of these seem convinced that they will somehow know God when they see God. Of course, this implies that they already, in fact, have an image of God in mind and are looking for the corresponding reality. They are more often than not perpetual seekers because they can never quite find the God that exists in their mind out there in the world.

This desire is not a bad thing. It is simply misdirected. According to the Catechism of the Catholic Church, Christ is already present to the Church: in his word; in his Church’s prayer; in the poor, the sick and the imprisoned; in the sacrifice of the Mass; and in the person of the minister. The catechism lists one additional way: the sacraments.

Consequently, as Pope Francis teaches, Christ is to be encountered “in the web of human relationships” that is the Church. He locates the fullness of his own identity not in himself as an isolated individual, but in the body of Christ. It is in relationship with our neighbors today, in this present moment, that we can learn how to love and, thereby, enter into communion with the Christ.

What is a sacrament?

Specifically, a sacrament is an efficacious sign of grace. This is to say that a sacrament is capable of producing and conferring the grace that is promised. Pope Francis says it this way: “The sacraments are Jesus Christ’s presence in us.” This is accomplished through the rite by which the Church celebrates a sacrament. The visible rite both signifies and makes present the graces proper to that sacrament.

The catechism teaches the efficacy of each sacrament finds its source in Christ himself because it is actually Christ who baptizes, “who acts in his sacraments in order to communicate the grace that each sacrament signifies.” This is also why the Church teaches that the sacraments act “ex opere operato” (literally: ‘by the very fact of the action’s being performed’). For this reason, the sacrament is efficacious regardless of the personal holiness of either the celebrant or the recipient. However, the fruits of the sacraments do depend on the disposition of the one who receives them.

The Church, by the “power of the Holy Spirit who guides her ‘into all truth,’” has discerned over time that there are seven sacraments instituted by Jesus Christ. The seven sacraments “touch all the stages and all the important moments of Christian life: they give birth and increase healing and mission to the Christian’s faith.” They are baptism, confirmation (or Chrismation), Eucharist, penance, anointing of the sick, holy orders and matrimony.

More than a feeling

There are those who would challenge the claim that we encounter Jesus in the sacraments because they do not feel anything, they are not touched at the core of their being. However, when we speak about the sacraments as an encounter with Jesus, we are not necessarily referring to an emotional event.

Belief based solely on emotion or feeling is on shaky ground, as it is always vulnerable to dulling over time. In a similar way, belief based exclusively on reason or intellect is vulnerable to doubt. Faith, then, must involve the hardening of the will, primarily through an obedience that allows us to stand firm through the power of the Spirit in the face of doubt and dulling.

Catholics believe what was revealed, not because we can perceive the truth of revelation by the natural light of reason alone or because we get a warm, fuzzy feeling, but because of the authority of God, who makes the revelation. Any lack of material evidence is overcome by confidence in the one who speaks.

This matters because the sacraments presuppose faith even as they also nourish it. This faith is grounded in the authority of Christ who instituted them. So faith that is an encounter with Christ presupposes faith in Christ first.

The seven sacraments were celebrated from the first century of the Church, but were not codified until the Council of Trent (1545-1563).

HOW DID THE CHURCH GET TO SEVEN SACRAMENTS?

The catechism explains the Church, by the power of the Spirit, gradually discerned there are seven sacraments instituted by Christ in the same way she did for the canon of sacred Scripture and for the doctrine of the faith.

TIMELINE: Top 6 events of the 7 sacraments

Early Church 90-350
2. The early Christians loosely applied the term “sacrament” to
a variety of experiences, ritual actions and objects – the washing of feet, the sign of the cross, etc.

St. Augustine 354-430
3. Augustine spoke broadly of the sacraments – their effects, their administration and their fruitfulness.

Doug Culp is the Chief Administrative Officer and secretary for pastoral life for the Diocese of Lexington, Kentucky. He holds an MA in theology from Catholic Theological Union in Chicago.