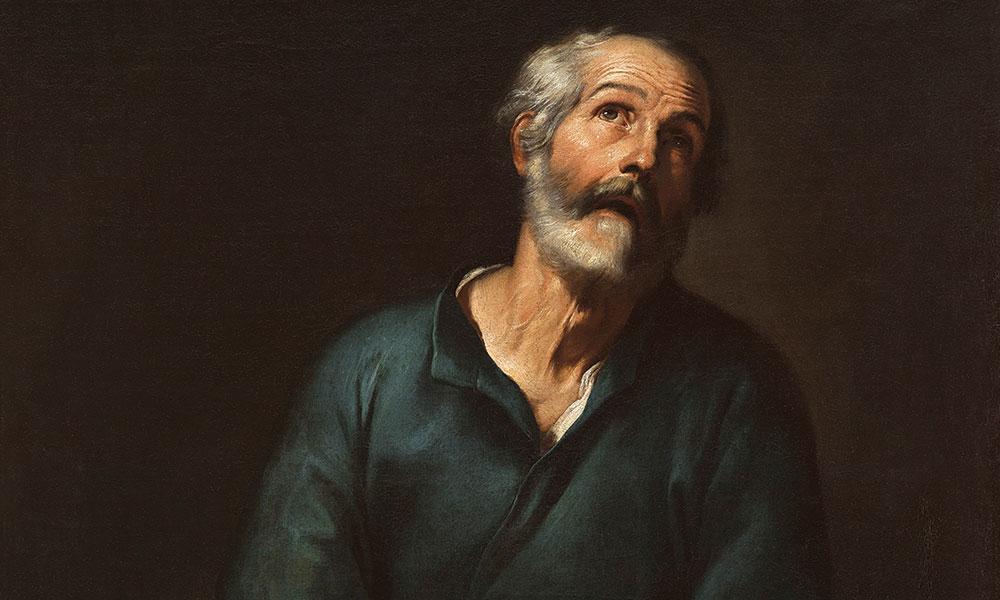 My favorite person in the Bible (other than Jesus and Mary, for obvious reasons) is St. Peter. Not only is he my namesake, but also I identify with his rollercoaster faith and behavior. For instance, in Matthew 16:16, in response to Jesus’ poignant and ageless question, “Who do people say that the Son of Man is?” Peter boldly and accurately responds, “You are the Christ, the Son of the living God.” Jesus affirms this declaration by extending the keys of the kingdom to Peter – talk about flying high! However, seven short verses later, Jesus says to Peter: “Get behind me, Satan!” Yikes! – that’s quite a turnaround.

This is not an isolated text. Peter walks on water, starts to sink, then walks again with Jesus’ help. Peter witnesses the Transfiguration, and naively suggests they build tents to stay awhile. At the Last Supper, Peter refuses to have his feet washed, realizes his folly and then asks Jesus to wash his head as well. And, of course, at that same meal, Peter proudly declares that he will never desert Jesus, but a short time later, after following Jesus at a distance, Peter vehemently denies ever knowing him. In Peter, we see ups and downs; brilliance, then ignorance. He’s believing yet fearful, faithful but broken. In short, he’s us, and therefore can teach us an invaluable lesson on how we should approach our relationship with Jesus, particularly during this Easter season.

Peter’s denial of Jesus came while he was at a distance from his Lord. Peter would not make that mistake again. On Easter Sunday, when Mary Magdalen announces Christ’s resurrection, Peter and John literally race to the tomb.

John wins, but waits at the door. Since Peter will never again intentionally distance himself from Jesus, he goes right into the tomb to see for himself. The evidence of the resurrection solidifies in Peter an unwavering commitment to find and be with Jesus. This is why, a short time later, Peter jumps out of the boat to be with the Lord when the apostles see Jesus on the shore.

Peter’s journey of faith is a microcosm for all of us. We are called to be in relationship with Jesus. We will have our ups and downs. When we follow Jesus at a distance, we will find ourselves denying him. But just as for Peter, Christ’s resurrection gives us the hope of redemption, the joy of restoration and the possibility of permanent connection with God, provided we remain in an intimate relationship with him. As we celebrate this glorious Easter season, let’s try to be more like Peter: Crash into the tomb, jump out of the boat and humbly and gratefully declare, “Yes, Lord, you know that I love you!”

Pete Burak is the director of i.d.9:16, the young adult outreach of Renewal Ministries. He has a master’s degree in theology and is a frequent speaker on evangelization and discipleship.