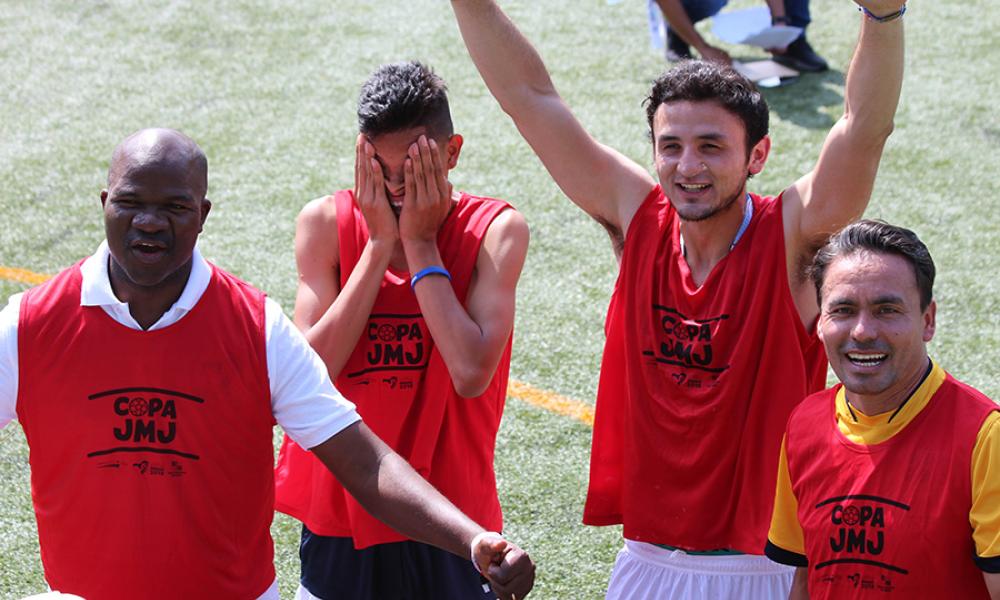 What happens When God Calls An Athlete Away from Sports?

St. John Paul II once said that “every Christian is called to become a strong athlete of Christ — that is, a faithful and courageous witness to his Gospel.”

Though the saintly pope was clearly speaking allegorically, he himself was a lover of sports, as are billions of people around the world.

Only a small fraction of all athletes will play their sport at the collegiate level, and far fewer will make their chosen sport a career. Nevertheless, in the U.S. in particular, sports and the pursuit of excellence in sports often can become more than a pastime and instead a way of life — especially for young people at the top of their game.

But what happens when, so to speak, the jersey comes off? Two prominent Catholic speakers, both of whom had successful athletic careers before embracing vocations, spoke to CNA this month at the SEEK23 conference in St. Louis about what happened when God called them away from their sport.

‘If Christ is not the center of my life, something else will be’

Sister Miriam James Heidland of the Society of Our Lady of the Most Holy Trinity described sports as her “first love,” having been interested in watching and playing them since she was young. She went on to play Division 1 volleyball in college.

“I was never good enough to go pro, so I knew that wasn’t going to happen, but I really wanted to pursue a career in sports journalism, work for ESPN or something,” Heidland told CNA.

Then her life changed when she suffered complications following knee surgery while in college. Her doctor had to sit her down and deliver the painful news that she had to quit volleyball or risk damaging her future mobility.

“And I really did have an identity crisis. All I knew of myself was as an athlete,” Heidland said. “And those were all my friends and those were the people I hung out with and that’s what I did every day. So to not be an athlete anymore was a time of intense darkness for me.”

At that difficult time in Heidland’s life, a trusted priest friend helped her to better understand God’s plan, starting in motion her response to God’s call to become a religious sister.

Heidland was quick to point out, echoing St. John Paul II, that sports confer many benefits on society and on individuals. For example, being physically active is good for everyone, and developing the skills of determination and teamwork are very positive and important things, she said.

“We admire people that are willing to get up every day and do the hard things and to keep going and to persevere and to battle through things. And that perseverance has helped me so many times. I’ve had so many times in religious life where I’d had memories of being on the volleyball court and pushing through.”

The danger, she said, comes when a person perceives his or her life’s identity to be as an athlete, rather than as a child of God. Because ultimately, she said, everyone’s athletic ability will “pass away.”

“Not to be morose about it, but there will be a day when every single one of us is not an athlete anymore,” Heidland said.

“I’ve had to wrestle through it myself: If Christ is not the center of my life, something else will be. And my life will rise and fall based on how I do on the athletic field, what my social media count is like, whether somebody likes me or not, whether I’m doing well in my job. And I mean, yeah, those things are going to affect us, but they will pierce our identity if our identity’s not in Christ.”

Heidland cautioned against families getting so wrapped up in sports that it detrimentally affects their practice of the faith — they begin missing Sunday Mass, for example.

“Because sport is going to pass away. You blow out your knee, or you don’t make the top elite team, they’re done with you. It’s a system, it’s a business… so if I’m not really clear about who I am and what I’m about, it’s going to be very difficult.”

‘I wanted to be great at something’

Father Chase Hilgenbrinck, a priest of the Diocese of Peoria, Illinois, serving in his second year as vocations director, played soccer in college and at the professional level. He grew up in an athletic family and as a child admired famous athletes such as basketball legend Michael Jordan.

“Growing up, I was just kind of like any other American kid who just wanted to be great at something,” he recalled to CNA. The priesthood was not at all on his radar.

After playing soccer at Clemson University, Hilgenbrinck played professionally in Chile before joining Major League Soccer in the U.S. He ended up playing for the New England Revolution in Massachusetts.

At first, he wanted nothing to do with the priesthood. Previous instances when people had told him he would make a good priest had gone “in one ear and out the other.”

Hilgenbrinck started to hear and respond to God’s call to become a priest when he realized the various “jerseys” that he wore throughout his life weren’t bringing him the fulfillment he truly desired. But when Hilgenbrinck first heard the call to become a priest, he said he wasn’t living as an “authentic Christian man”; he described himself as spiritually “still a boy.” He wanted to be a soccer star, not a priest of Jesus Christ.

“So often in life, we believe … that we even have greater desires than God has for us. ’Why isn’t he fulfilling my desires?’ I feel like I desire more than he desires, which is a false premise, and it’s a misconception,” Hilgenbrinck said.

“We start to cover our lives with things, because we’re afraid that God’s not going to show up. So we start putting on jerseys,” he said.

While playing soccer professionally in Chile, a country where he had no connections and did not yet speak the language, Hilgenbrinck had fallen back on what he knew, which was the Catholic Church. Later, his interest in practicing his faith started to grow. He was struck by a quote from the late Pope Benedict XVI: “You are not made for comfort. You are made for greatness.”

He resigned from Major League Soccer in 2008 to enter Mount St. Mary’s Seminary in Emmitsburg, Maryland, and was ordained a priest for the Diocese of Peoria in 2014.

Hilgenbrinck — who today dabbles in soccer coaching when he has the time — encouraged every coach to be “a good translator of virtue.” For Hilgenbrinck, a quote from St. John Paul II struck him as profound: “Sports are a school of moral virtues.”

“An athlete who goes to practice every day and trains — look at all the virtues that they’re learning in one single day of training. And they do that every day and then they play in games, and the discipline that it takes; realizing that a team is bigger than me, sacrificing for teammates, for the team or for the win, putting myself last so that the team can be first, losing with great class, winning with great humility. I mean, all these things that we learned,” Hilgenbrinck said.

“Then you realize these are the exact virtues that I need to foster in order to be a mature Christian,” he said.

Similar to Heidland, Hilgenbrinck was quick to point out that, despite any dangers, sports are largely beneficial for society and for people individually.

“Today it seems like there’s more talk about the evil of sport than there is the good of sport. And so I think that we shouldn’t make them mutually exclusive. And so I think a lot of times that’s unhelpful because the young people and even their parents see this as such a good for their kids, and there’s such passion,” Hilgenbrinck said.

“[But] if sports are taking the place of God and our life and of our virtue and are distracting us … then we’ve gone too far. So there needs to be discernment, is what I would say to families who are so entrenched in the sport. Where is this leading? … [What happens] when the jersey comes off? Who are you? And if we don’t know the answer to that question, and if we’re not training for that answer, then we’ve probably gone too far.” 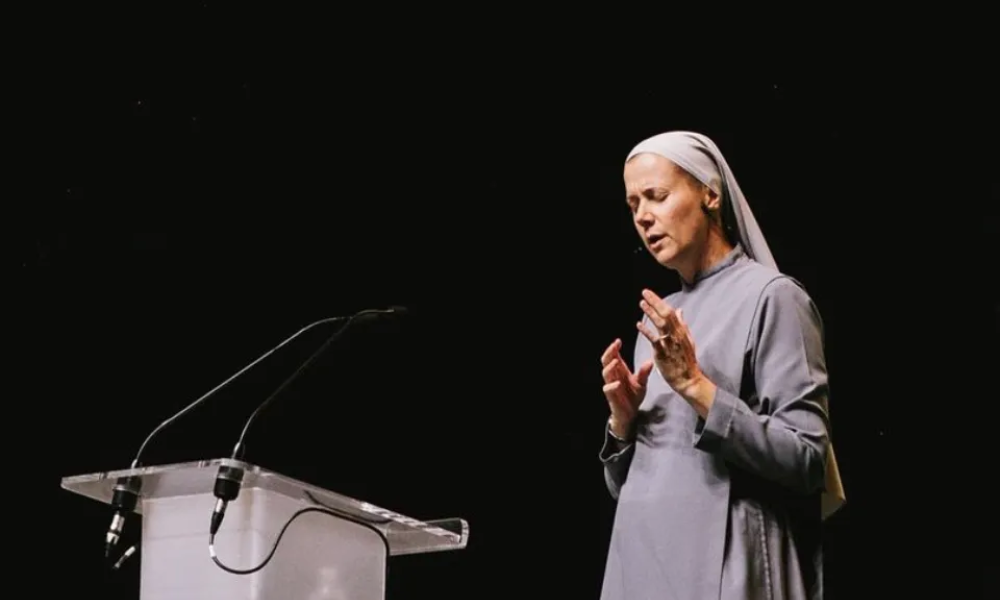 Sister Miriam James Heidland, Society of Our Lady of the Most Holy Trinity/FOCUS/Instagram 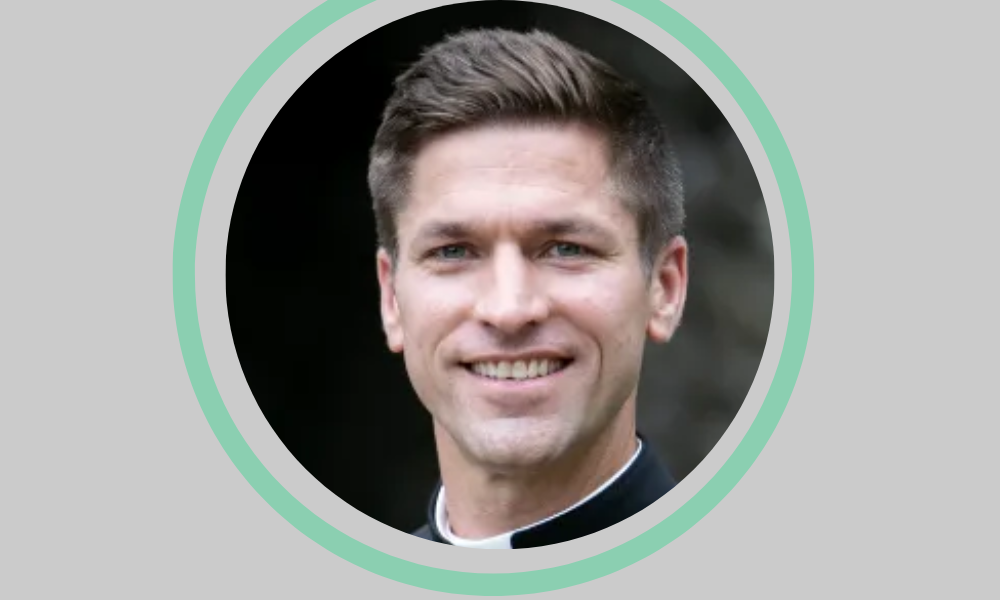