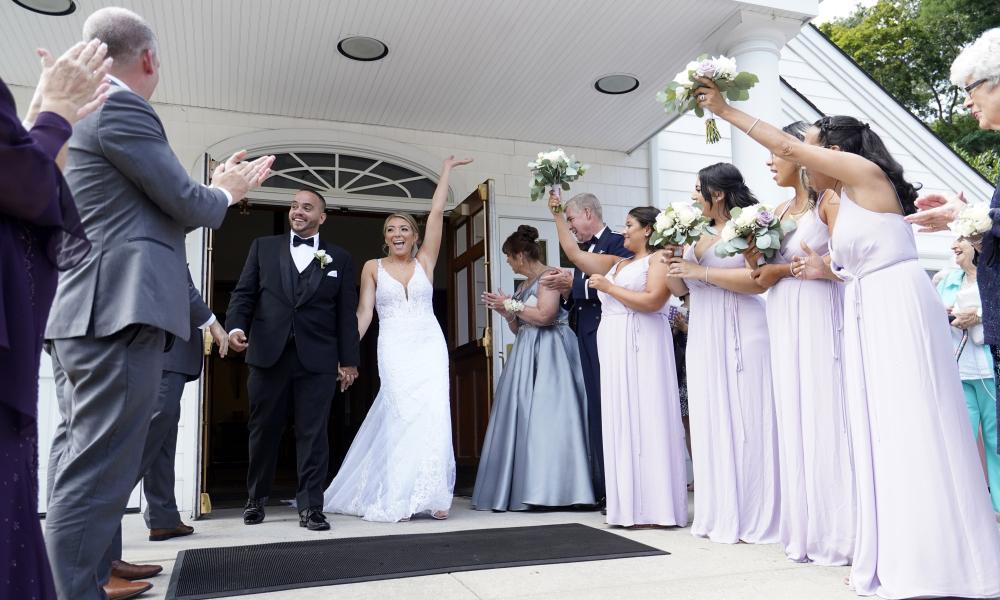 (CNS) -- "Called to the Joy of Love" is the theme of this year's National Marriage Week USA Feb. 7-14. The week includes World Marriage Day, which this year is Feb. 13.

The annual observances "are an opportunity to focus on building a culture of life and love that begins with supporting and promoting marriage and the family," said a Feb. 3 news release from the U.S. Conference of Catholic Bishops.

The theme for this year's celebration of National Marriage Week mirrors the title of a national pastoral framework for marriage and family life ministry approved by the U.S. bishops in June 2021.

Each day of National Marriage Week, digital content will be made available through USCCB's social media channels, such as this video about the Worldwide Marriage Encounter Program or this video about a couple who suffered the loss of a child and found healing through their faith.

Livestreamed events also will be available through USCCB social media channels including the recitation of the rosary for married and engaged couples and a conversation on what it means to care for a sick spouse.

The USCCB offers resources to the faithful for the promotion of marriage as a lifelong union of one man and one woman via three websites: ForYourMarriage.org, PorTuMatrimonio.org and MarriageUniqueForAReason.org.

Resources available to dioceses include a flyer that may be used by parishes as a bulletin insert, as well as social media graphics for download in English and Spanish at ForYourMarriage.org/celebrate-national-marriage-week.

Last November in a presentation on "Called to the Joy of Love: A Pastoral Framework for Marriage and Family Life Ministry," Archbishop Salvatore J. Cordileone of San Francisco told his fellow bishops that bolstering marriage and family ministry is an appropriate undertaking during this "Amoris Laetitia Family Year."

Declared by Pope Francis in March 2021, the year concludes June 26 during the 10th Meeting of Families in Rome with the pope.

Addressing marriage and family life is vital in a time when families are under increasing threats from "sweeping ideological currents that destroy and undermine our sexual identity as man and woman and God-given vocations as father and mother, son or daughter," said the archbishop, chairman of the USCCB's Committee on Laity, Marriage, Family Life and Youth.

Launched in 2010, National Marriage Week USA is part of an international event aimed at mobilizing individuals, organizations and businesses in "a common purpose to strengthen marriage in communities and influence the culture," said the USCCB release. World Marriage Day was started in 1983 by Worldwide Marriage Encounter.

The NationalMarriageWeekUSA.org website has more information about the weeklong observance and various resources.

Photo Caption: Julio Prendergast and Christina MacDougall are all smiles as they exit St. John the Baptist Church in Wading River, N.Y., following their wedding Mass Aug. 20, 2021. The theme in 2022 for National Marriage Week, celebrated annually Feb. 7-14, is "Called to the Joy of Love." World Marriage Day, observed on the second Sunday of February, is Feb. 13 this year.