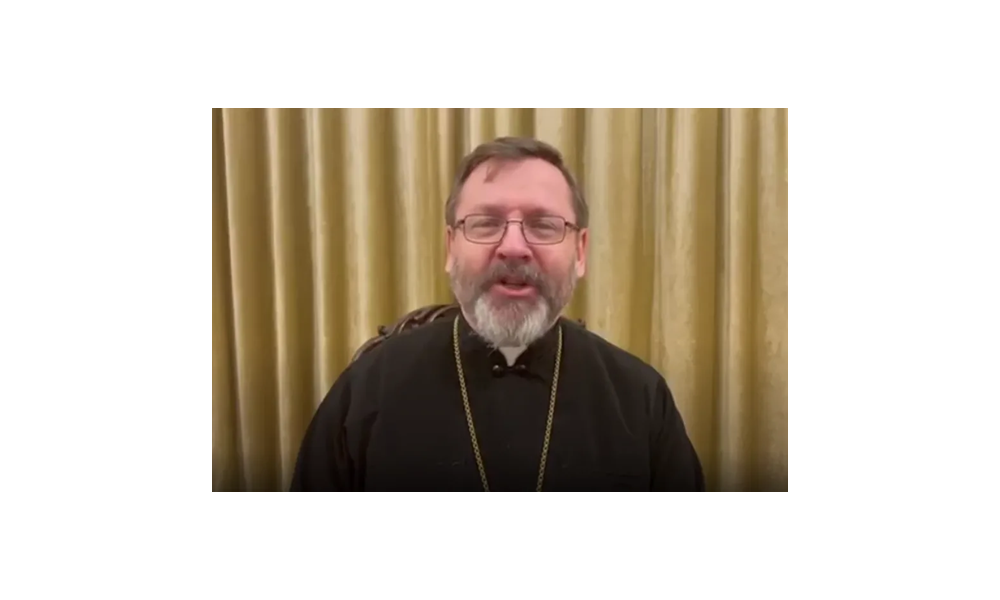 Feb 27, 2022 / (CNA) - The leader of the Ukrainian Greek Catholic Church said that priests “will descend to the bomb shelters” of Kyiv on Sunday to celebrate the Divine Liturgy.

In a video message on Feb. 27, Major Archbishop Sviatoslav Shevchuk noted that the residents of Ukraine’s capital are unable to attend church due to a government-mandated curfew. Citizens must stay indoors until Monday morning as Russian forces advance on the city.

“The Church is with its people! The Church of Christ brings the Eucharistic Savior to those who are experiencing critical moments in their life, who need the strength and hope of the resurrection.”

Russian forces have sought to enter Kyiv, the seat of the Ukrainian government, since President Vladimir Putin ordered a full-scale invasion on Feb. 24.

Shevchuk, who has led the Ukrainian Greek Catholic Church since 2011, had been due to travel to the Italian city of Florence to take part in a meeting of bishops from countries surrounding the Mediterranean Sea. But he canceled the trip to remain with his flock.

The major archbishop has taken cover with others in an air-raid shelter under the Cathedral of the Resurrection in Kyiv, reported the website Il Sismografo.

In his message, delivered in Ukrainian, the 51-year-old major archbishop said: “Greetings from Ukrainian Kyiv! Today is Sunday, Feb. 27, 2022. We survived yet another horrible night. But after night, there comes day, there is morning. After darkness, there comes light, just as after death there comes resurrection, which we all today radiantly celebrate.”

Shevchuk thanked government officials, who he said were “working at the highest level,” especially in Kyiv, a city of almost three million people.

“We once doubted, wondering if our government institutions were strong. We saw that our government has passed its test for strength, and is continuing to pass,” he said.

He expressed gratitude for support from Catholic communities around the world, mentioning bishops in Australia, Argentina, Brazil, North America, and western Europe.

“I thank all those who are striving to tell the world the truth about Ukraine, who are gathering humanitarian aid, medicine, or are simply praying for the victory of Ukraine,” he said.

“We believe that just as morning comes after night, just as after death comes resurrection, after this horrible war there will be victory for Ukraine, which this new day relentlessly and steadily brings closer.”

Shevchuk received a phone call from Pope Francis on Feb. 25. The pope reportedly assured him that he would “do everything I can” to end the conflict.

The pope praised Ukrainian Catholic leaders for remaining among the people amid the conflict.

Concluding his message, Shevchuk said: “Allow me to impart to all of you, from here, from the hills of Kyiv, from the first-throned city of Kyiv, to impart to you this resurrectional and joyous blessing of God: May the blessing of the Lord be upon you, through His grace and love for humankind, always now and ever and for ages of ages. Amen.”