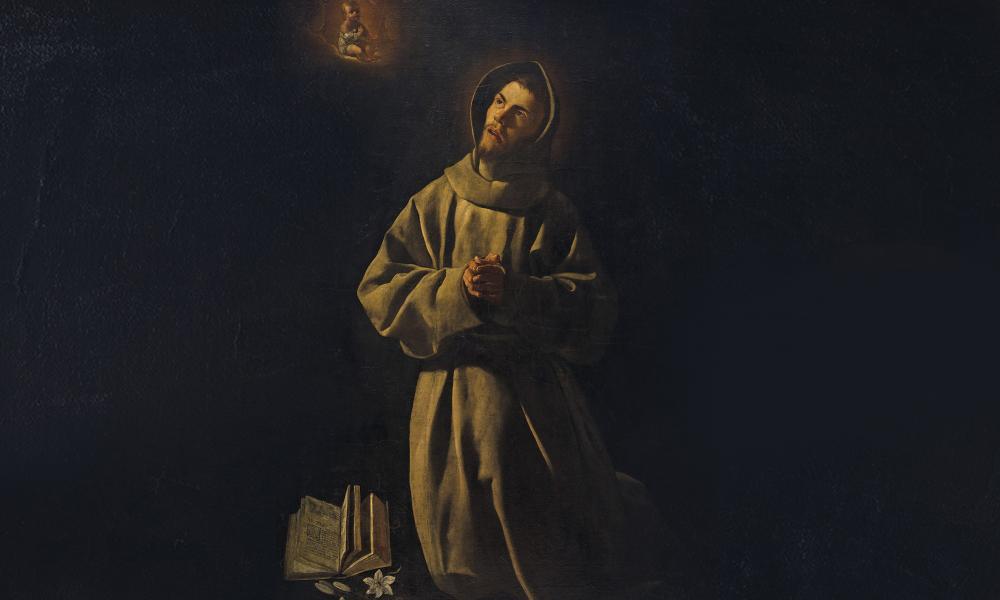 St. Anthony of Padua, the “finder of lost articles,” was born into a wealthy family in Portugal in 1195, and first joined the Augustinian order. After he had been ordained into that order, he was inspired by the simple lifestyle of some Franciscans he encountered. He then obtained permission to leave his order, and joined the relatively new Franciscans.

As a Franciscan, he spent most of his time in prayer and studying the Scriptures. So it came as a great surprise when this quiet humble man stepped in at the last minute at an important ordination and gave an inspiring, memorable sermon. His years of study with the Augustinians prepared him for this preaching assignment, and his voice and manner of speaking made a deep impression on his audience. The combination of his holiness, knowledge and speaking ability made him famous. Preaching became his life’s work, and St. Anthony embarked on a mission of teaching other friars how to give sermons, becoming the first teacher in the Franciscan Order.

Why do we invoke St. Anthony’s help when searching for something lost or stolen? Why do we say, “St. Anthony, please look around; something is lost and must be found”?

Because St. Anthony’s valuable book of psalms went missing one day – a book with handwritten notes that he used to guide his students – and he prayed hard for its return. The thief, a novice who had decided to abandon the order and take the psalter with him, was eventually moved to not only return the book, but return to the Franciscan Order.

After becoming ill in the spring of 1231, St. Anthony died on June 13, and was canonized less than a year later – making his canonization one of the quickest in history – and in 1946, Pope Pius XII declared him a Doctor of the Church for his passion for the word of God.