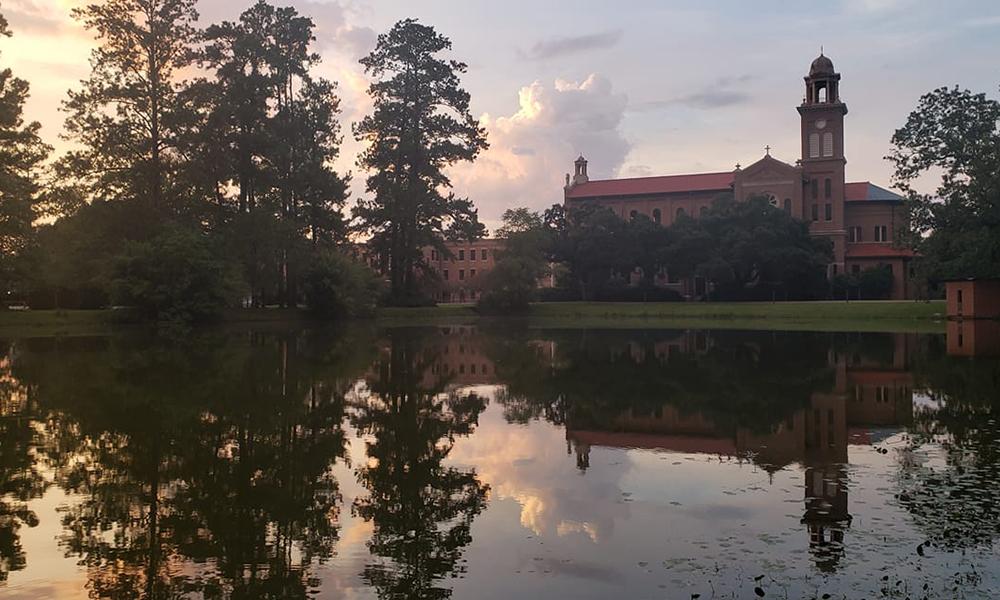 Seminarians Living in Louisiana Experience the Effects of Hurricane Ida

Nine seminarians from the Diocese of St. Petersburg who are attending St. Joseph Seminary College in Louisiana sheltered in place during Hurricane Ida and are all doing well.

“I’m grateful that our seminarians in Covington are safe! Please join them in praying for Louisiana,” Father Chuck Dornquast wrote on Instagram on August 30, one day after a Category 4 hurricane made landfall in Louisiana. Father Dornquast, Diocese of St. Petersburg Director of Vocations, checked in with the seminarians throughout the evening as the storm battered the state.

Shawn Young, 22, is a seminarian from Our Lady of Lourdes Parish in Dunedin who attends St. Joseph Seminary College. He reports that the seminary only experienced minor damage such as a cracked window and downed trees. However, the road leading to the seminary is blocked so the seminarians cannot leave campus. They are blessed to have food and supplies, and generators providing electricity. But he is asking everyone back home to remember those in need.

“Keep praying for all the people who are affected,” said Young.

When the storm track showed that Louisiana was in the direct path of Hurricane Ida, Young prayed for all who would be impacted, including his classmates. Some of his fellow seminarians are from Houma, one of the hardest hit areas in Louisiana.

“Some don’t know if their houses are still standing,” said Young.

During this difficult time, they are trying to keep each other strong in faith and hopeful.

“Our motto here is ‘Brotherhood, No Man is an Island.’ We’re here for each other,” said Young.

This is the first year that Diocese of St. Petersburg seminarians are attending St. Joseph, the country’s largest college seminary with 114 men enrolled. The campus is 45 minutes north of New Orleans.

Young had only arrived at the campus two weeks ago. He describes the campus as “gorgeous” and said it’s surrounded by rivers, ponds and trees.  The seminary is located on 1,300 acres and has been open since the late 1800s. The buildings are solidly constructed with hurricane impact windows and there is also a Benedictine Monastery on the grounds.

The seminarians were supposed to begin parish/pastoral assignments on September 1. But that has been postponed until further notice. Despite their circumstances, they are trying to maintain their schedules as normal as possible. Their daily schedule includes Mass, Morning Prayer, Evening Prayer and Night Prayer.

Young said many of the seminarians are still processing what has happened.

“We all expect major storms to happen but not happen to us,” he said.

Also, he encouraged everyone to get involved in hurricane relief efforts and to pray for vocations.

Photos courtesy of Rob Gale, a seminarian from St. Michael the Archangel in Clearwater. 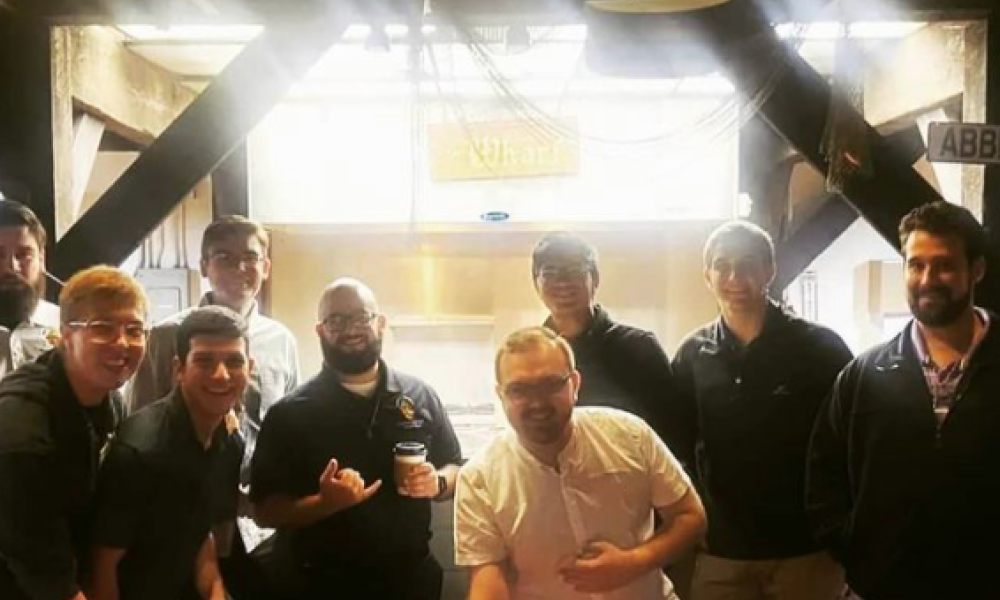 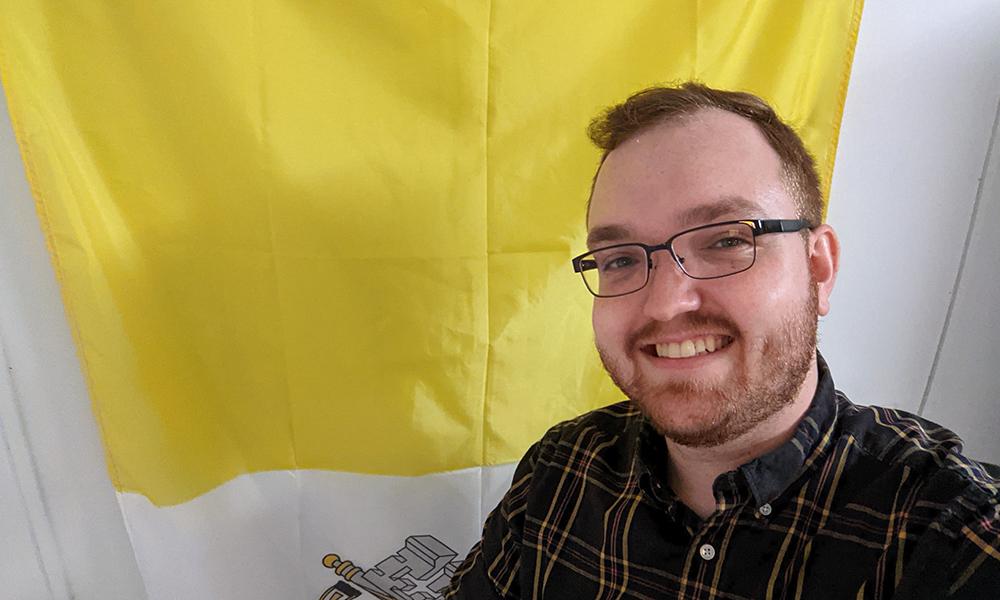 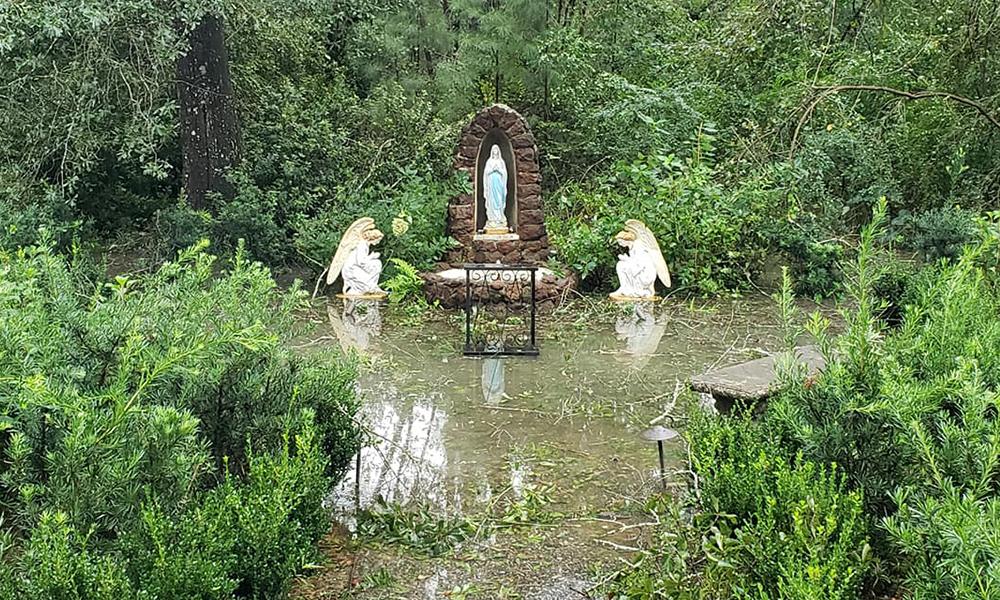