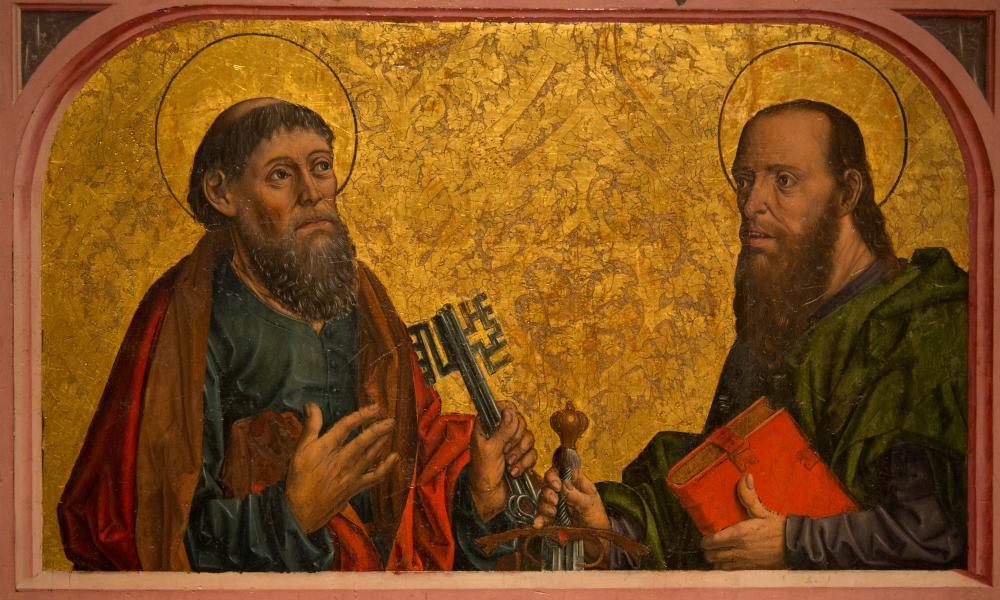 Saints Peter and Paul – Called by Christ to Build His Church

June 29th is the Solemnity of Saints Peter and Paul, Apostles

This feast marks the martyrdom of Saints Peter and Paul, described in the Roman Missal as “the principal pillars of the Church founded by Christ.”

The Apostle Peter is among the first to recognize Jesus as Messiah. “I will give you the keys to the kingdom of heaven,” Jesus tells him.

St. Paul had persecuted Christians, but he experienced a dramatic conversion. After encountering Jesus, he builds up the early Church, and his epistles make up the majority of the New Testament.

Peter the rock and Paul the missionary would both be martyred in Rome: “It is a beautiful testimony to the power of God that these two men, whose faults Scripture does not attempt to hide, are key figures in the story of Jesus and foundational in the development of the Church … Imperfect men, seized by the Word of God and set on fire by the Holy Spirit.” (USCCB 2016)

Reflection: Read the Scriptures for June 29. How do Saints Peter and Paul challenge us to witness to our faith in our lives today?