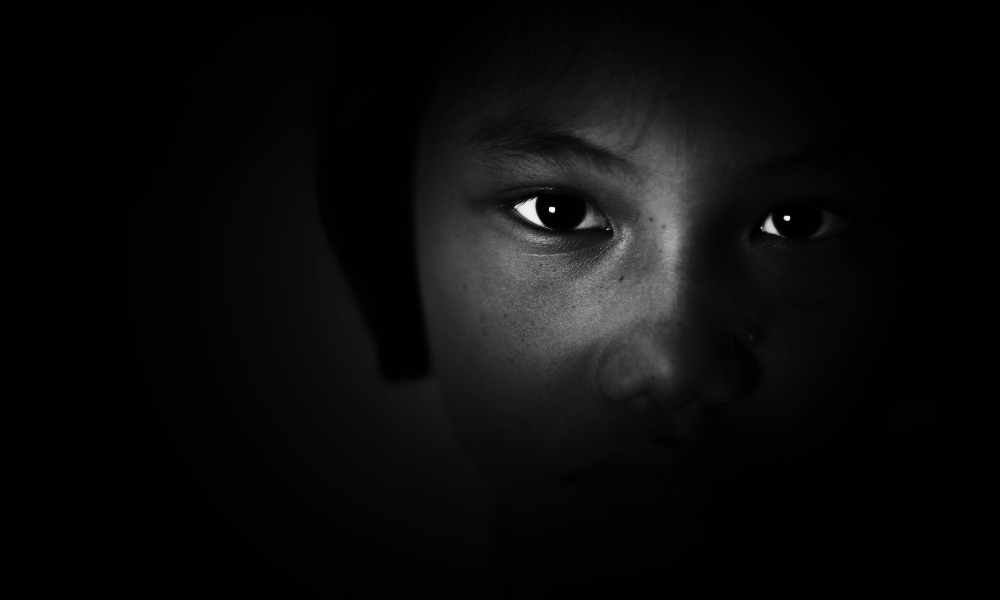 The two organizations have helped form the Mel Greene Institute to Combat Human Trafficking, which is named for the late Spring Hill resident and philanthropist Melvin T. “Mel” Greene. Greene passed away in 2020 at the age of 92 after a life spent helping others in his adopted state of Florida, and beyond. Friends and associates decided that directing some grant resources to this new venture would be a fitting way to carry on his legacy.

Saint Leo University Assistant Professor Karin May is now directing the university’s involvement and public-facing programs. “Human trafficking has continued to be a horrible crime that is present within Florida, as well as within national and international borders,” said May, who worked in law enforcement for the protection of children and the elderly from abuse before joining the academic world.

“But those of us in criminal justice and public safety administration have seen that concentrated attention does help raise awareness of the dangers involved and the means that criminals use to trap children and adults,” May added. “It makes sense for us to focus regionally on Hernando, Citrus, and Pasco counties to heighten and maintain that level of awareness among the public. We are also delivering new learning to college students who are interested in public safety careers and to current law enforcement practitioners who want and need updated material about detection and prosecution of criminals.”

The Pasco Sheriff’s Office was more than happy to partner with Saint Leo on this institute, according to Rogerick Green, director of FIRST, which frequently works with teaching institutions and professionals to disseminate new, applied knowledge meant to improve public safety operations. Saint Leo and FIRST have worked together before to offer seminars on topics such as leadership development and natural disaster and emergency management and response to professionals from a number of agencies and communities.

“We at FIRST- PSO are inspired by the partnership with Saint Leo and the Mel Greene Foundation to expand our efforts to support human trafficking survivors and to educate our community on identifying and reporting human trafficking,” Rogerick Green said.

For several years, Florida has emerged as the third-ranked state in the nation for human trafficking activity, professionals note. Trafficking can be committed with the intention of using trapped individuals for commercial sex rings, unpaid manual labor, and other profit motives.

May, of Saint Leo, said some of the first public-facing events will involve sponsoring speakers who can boost the public’s awareness of the prevalence of trafficking. One Saint Leo class already has benefitted from hearing from two speakers provided through connections with the Mel Greene Institute: one was a judge and the other a survivor of human trafficking.

Efforts to promote public awareness are amplified in January, which has been established in the United States as National Slavery and Human Trafficking Prevention Month. Additionally, the U.S. Department of Homeland Security urges supporters to promote January 11, specifically, in social-media based awareness efforts.

An established resource for anyone who needs help or suspects wrongdoing is the National Human Trafficking Hotline. Call toll-free 1-888-373-7888 at any time. Text 233733. The TTY number is 711. And people can use the chat function at www.humantraffickinghotline.org/chat.

Florida’s Forensic Institute for Research, Security and Tactics, an enterprise of the Pasco Sheriff’s Office, embodies a collaborative approach between academia and practitioners, under one institute in pursuit of a common goal: shaping the future of public safety. FIRST will revolutionize training and invoke change through innovations in applied forensic science, forensic anthropology, public/private sector security and tactics.

Saint Leo University is one of the largest Catholic universities in the nation, offering 62 degree programs to more than 15,800 students each year. Founded in 1889 by Benedictine monks and sisters, the private, nonprofit university is known for providing a values-based education to learners of all backgrounds and ages in the liberal arts tradition. Saint Leo is regionally accredited and offers a residential campus in the Tampa Bay region of Florida, 16 education centers in five states, and an online program for students anywhere. The university is home to more than 100,000 alumni. Learn more at saintleo.edu.