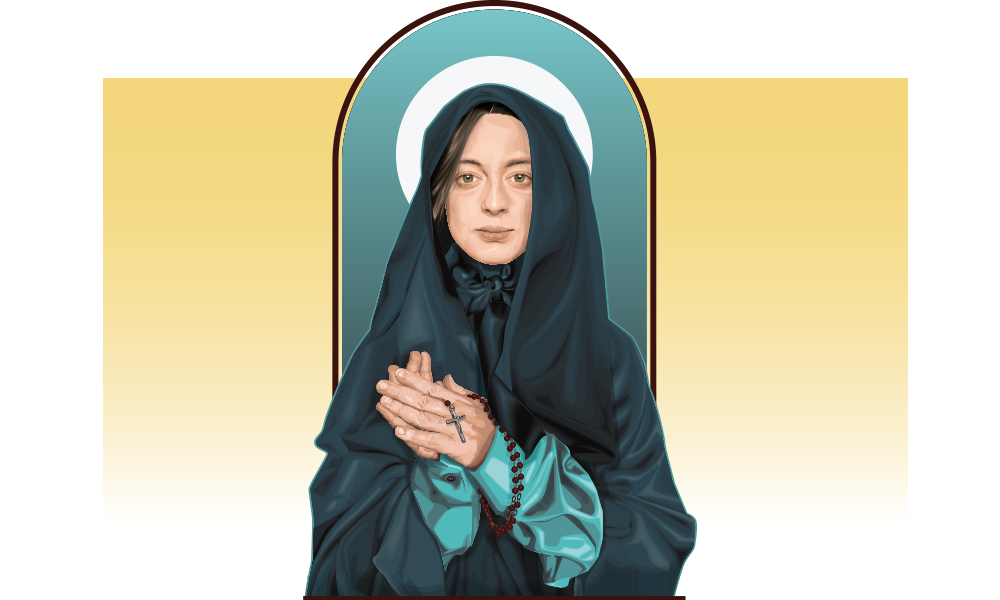 St. Frances Xavier Cabrini, the first U.S. citizen to be canonized, is a role model to all who face adversity. Her persistence in serving God in the poor and disadvantaged despite the obstacles placed in her way are an inspiration to those seeking to serve him.

November 7, 2022 | The youngest of 13 children, Francesca Cabrini was born on July 15, 1850 in Sant’Angelo Lodigiano, Italy. Although she struggled with poor health her whole life, she dreamed of being a missionary to China. She was rejected from one religious order because of her poor health. Francesca then became the headmistress of an orphanage in Cordogno, Italy, where she formed a small community of women committed to living the religious life. She made her vows in 1877, and in honor of Jesuit Francis Xavier, the patron of missionary service, became Sister Frances Xavier Cabrini.

Mother Cabrini founded the Missionary Sisters of the Sacred Heart of Jesus in 1880. When she sought approval from Pope Leo XIII to establish missions in China, he instead told her to go “Not to the East, but to the West” to minister to the multitude of poor Italian immigrants fleeing to the United States. With six sisters from her community, she traveled to New York by boat in 1889.

More obstacles awaited her in New York. The house designated to serve as her first orphanage was unavailable. Archbishop Michael Corrigan urged her to go home. But determined to provide homes and education for orphans, Mother Cabrini stayed in New York until she finally received permission to open an orphanage. Known for her organizational and motivational skills, she succeeded in building support for her orphanage in New York and beyond. Over the next 35 years, she established 67 orphanages, schools, convents and hospitals across the U.S., Europe and South America.