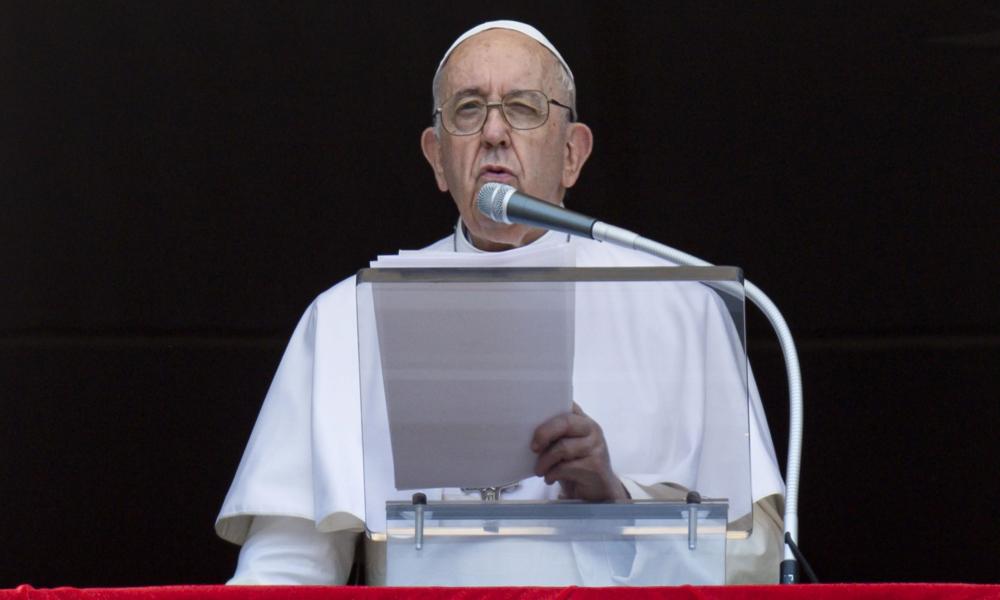 Put Your Trust in God and His Care for You

August 7, 2022 / (CNA) - Hold fast to trust in God and stay alert to his presence in your life, Pope Francis said during his weekly Angelus address on Sunday.

“Let us walk without fear, in the certainty that the Lord always accompanies us. And let us stay awake, lest it happen to us that we fall asleep while the Lord is passing by,” he said Aug. 7.

The pope spoke about letting go of worry and anxiety before reciting the Angelus, a Marian prayer, from a window overlooking St. Peter’s Square.

“At times we feel imprisoned by a feeling of distrust and anxiety,” Francis said. “It is the fear of failure, of not being acknowledged and loved, the fear of not being able to realize our plans, of never being happy, and so on.”

Fear, he added, leads us to “struggle to find solutions, to find a space in which to thrive, to accumulate goods and wealth, to obtain security; and how do we end up? We end up living anxiously and constantly worrying.”

Francis pointed to the day’s Gospel passage from St. Luke, in which, he said, “Jesus reassures us: Do not be afraid.”

“Trust in the Father who wants to give you all that you truly need. He has already given you his Son, his Kingdom, and he will always accompany you with his providence, taking care of you every day. Do not be afraid — this is the certainty that your hearts should be attached to,” Pope Francis said.

Jesus, the pope said, makes two fundamental exhortations to his disciples: to “not be afraid,” and to “be ready.”

“There is no need to worry and fret for our lives are firmly in God’s hands,” he said. “But knowing that the Lord watches over us with love does not entitle us to slumber, to let ourselves succumb to laziness.”

“On the contrary, we must be alert, vigilant,” he continued. “Indeed, to love means being attentive to the other, being aware of his or her needs, being willing to listen and welcome, being ready.”

Vigilance also extends to our responsibility over the goods God has entrusted to us, he said, pointing to life, faith, family, relationships, work, our home, and creation.

“We have received so many things. Let us try to ask ourselves: Do we take care of this inheritance the Lord has left us? Do we safeguard its beauty or do we use things only for ourselves and for our immediate convenience?” he said. “We have to think a little about this — are we guardians of the creation that has been given to us?”

“May the Virgin Mary help us, who welcomed the Lord’s visit and readily and generously said, ‘Here I am.’”

After the Angelus, Pope Francis said he was glad that the first ships carrying grain had been allowed to leave the ports of Ukraine since the outbreak of war in February.

“This step demonstrates that it is possible to dialogue and to reach concrete results for everyone’s benefit,” he said. “Therefore, this event also presents itself as a sign of hope, and I sincerely hope that, following in this direction, there might be an end to combat and that a just and lasting peace might be reached.”

Francis also expressed his sorrow for the Polish pilgrims who died or were injured in a bus crash in Croatia on Saturday.