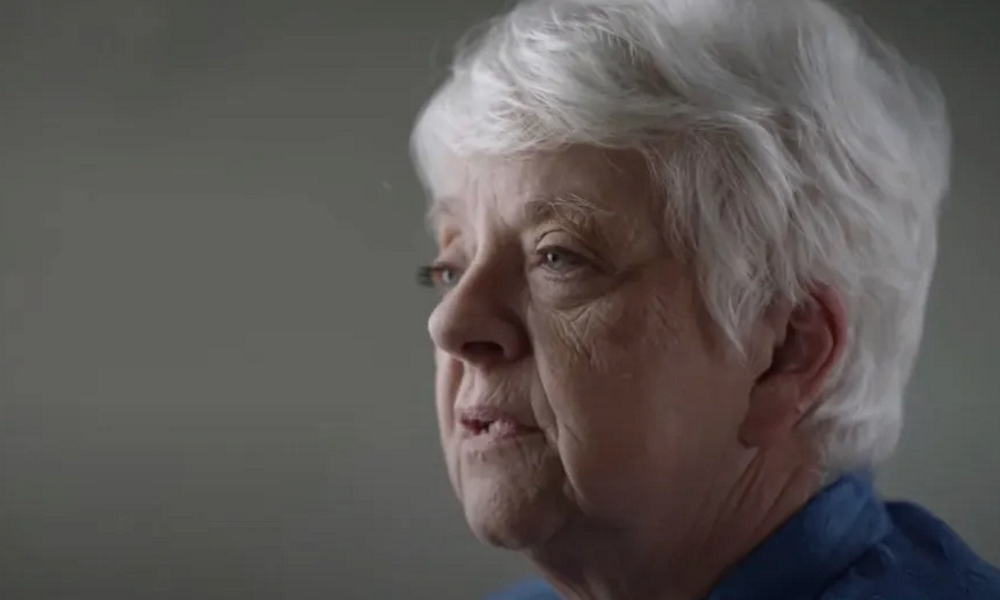 Washington, D.C. (CNA) - When Vicki Thorn was a Catholic teen in rural Minnesota, a close friend confided to her that she’d gotten pregnant a year earlier and that her mother had arranged for her to have an abortion.

“All I could do was just love her and be present to her, and make sure she was OK,” Thorn would recall years later. “But it was a life-changing experience for me, in understanding that abortion was not a non-event, that it left enormous footprints in someone's life, and enormous pain.”

The encounter later inspired Thorn to found Project Rachel, a groundbreaking post-abortion healing ministry that started in the Archdiocese of Milwaukee and has since spread to dioceses across the U.S. and around the world. The initiative’s name comes from the Book of Jeremiah: “In Ramah is heard the sound of sobbing, bitter weeping! Rachel mourns for her children, she refuses to be consoled for her children — they are no more!” (Jer. 31:15).

A Catholic pro-life pioneer, international speaker, author, and a member of the Pontifical Academy of Life, Thorn died Wednesday, April 20. She was 72. Her unexpected death has shocked and saddened the pro-life community, and generated a flood of tributes on social media.

“A chorus of unborn voices must've welcomed this sweet soul at the gates of Heaven,” Kristan Hawkins, president of the pro-life group Students for Life, tweeted Wednesday. “Vicki Thorn was a fierce advocate for the least of these. She changed the pro-life movement for the better, and we will strive to continue her legacy in the Pro-Life Generation.”

“It is with broken hearts that we share the news of Vicki Thorn’s passing,” read another tweet, from the group Pro-Life Wisconsin.

“As founder of Project Rachel, Vicky brought more post-abortive people to a place of healing than any other human being that has walked the earth since the fatally flawed Roe v. Wade decision in 1973. She was a force for good and will forever be remembered and loved by many.”

“Vicki’s life was dedicated to a single mission; caring for men and women wounded by abortion. As the founder of Project Rachel, she single-handedly created a post-abortion healing ministry at a time when none existed,” Listecki said.

“I, along with the staff of the Archdiocese of Milwaukee Pastoral Center, extend our deepest condolences to Bill, Vicki’s husband, and to her six children,” he continued. “Vicki’s life and work stand as a living testimony to an unwavering and unconditional defense of life at all stages, and to the mercy of God’s love.”

Thorn is survived by her husband, William Thorn, associate professor emeritus of journalism and media studies at Marquette University, and their six children and 17 grandchildren.

After marrying, she and her husband settled in Milwaukee, where he taught journalism at Marquette and she became co-chair of the archdiocese’s Respect Life office.

A certified trauma counselor and spiritual director who earned a degree in psychology from the University of Minnesota, Thorn launched Project Rachel in the archdiocese in 1984. The ministry was unique because it was staffed by a team of specially trained priests, spiritual directors, and other caregivers.

The response was immediate —and it wasn’t only women who sought help. From the onset it was apparent that boyfriends, husbands, siblings, fathers, grandfathers, and other male family members were struggling, too. As Thorn would later explain, “There were so many people who knew somebody who was wounded that it spread like wildfire.”

In 1990, Thorn founded the National Office of Post-Abortion Reconciliation and Healing (NOPRAH) in Milwaukee to expand Project Rachel’s services to a growing list of dioceses in the U.S. and abroad. The ministry is now run by the U.S. Conference of Catholic Bishops (USCCB). She retired as NOPRAH’s executive director in November 2020.

Thorn is the author of “Progetto Rachele, il volto della compassione” (“Project Rachel, The Face of Compassion”), published in 2009 by Libreria Editrice Vaticana. She has led workshops and conferences and given speeches on post-abortion healing and the biology of male and female bonding in some 25 countries.

Pro-life leaders Vicki and William Thorn were both inducted in 2008 into the Pontifical Equestrian Order of the Holy Sepulchre of Jerusalem.

According to the Milwaukee Archdiocese’s newspaper, the Catholic Herald, both Vicki and William Thorn were inducted in 2008 into the Pontifical Equestrian Order of the Holy Sepulchre of Jerusalem. In 2009, she received the People of Life Award from the U.S. bishops' conference for her pro-life service to the Church, and in 2017, Pope Francis re-appointed her as a corresponding member of the Pontifical Academy for Life, the Herald reported.

Thorn told the Herald that a highlight of her years of ministry was a private meeting she and her family had with Pope John Paul II during a visit to Rome.

“The pope gave us a blessing and told me that I was doing very important work. It was something I will never forget. We had all six kids with us and it was just unbelievable that it happened,” she said. “We were reminiscing about it after his canonization, and I joked with my kids that they were blessed by a saint so that must make them a relic.”

'Heart of the pro-life movement’

In July 2021, the de Nicola Center for Ethics and Culture at the University of Notre Dame awarded Thorn its prestigious Evangelium Vitae Medal, a lifetime achievement award for heroes of the pro-life movement.

O. Carter Snead, the center’s director, called Thorn “a living witness to the unconditional love and mercy that lies at the heart of the Culture of Life.”

“I would describe Vicki as the heart of the pro-life movement,” Mary Hallan FioRito, a fellow at the center, observed in a video tribute shown during a virtual award ceremony.

“She is someone who is able to see Christ in every person she encounters. She has really developed an entirely new way of … looking at the question of abortion, looking at how you meet a woman where she is, to be able to help her,” FioRito said.

“You can't help anybody if you're not willing to meet them where they are, and that’s what Project Rachel is all about,” she continued.

“It’s so well-structured — again, all because of Vicki's genius in developing this,” FioRito said. You can watch the full video below.

In the same video, Thorn spoke about her life's work sharing God’s mercy with those who are hurting.

“A number of times over the years I’ll be someplace, someone will have introduced me, and all of a sudden this woman will come up to me, and she’ll say, ‘May I give you a hug?’ And she’ll just wrap her arms around me and hold me very tight, and she whispers in my ear, ‘Thank you,’” she reflected.

“And I know what the story is: She had an abortion, and Project Rachel restored her.”

More information about Project Rachel is available on the ministry’s USCCB’s website, or by calling 888-456-HOPE (4673).

Photo Caption: Vicki Thorn, who died on April 20, 2022, is remembered as a "fierce advocate" for the unborn and those suffering in the aftermath of an abortion.