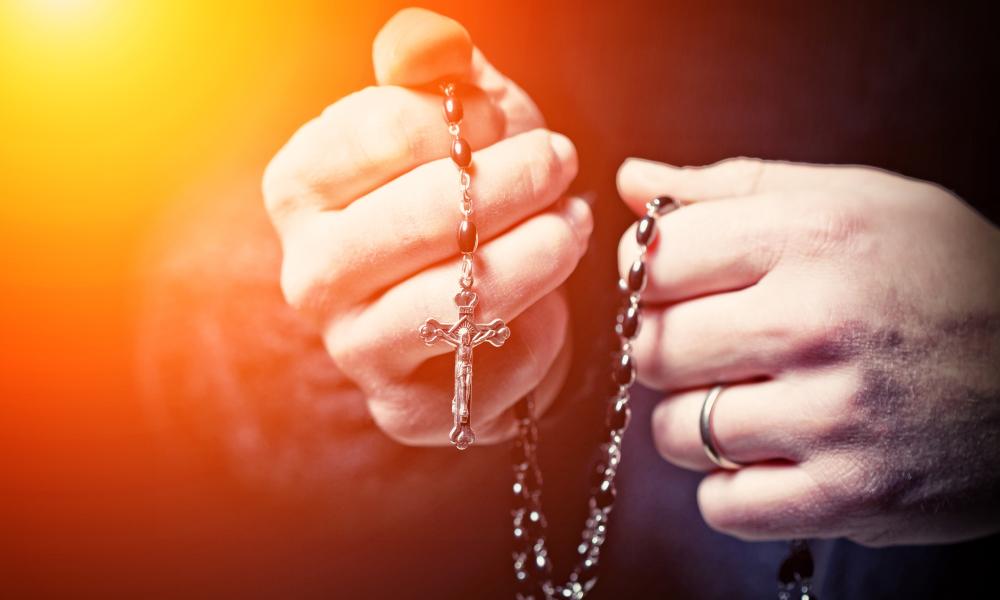 May 1, 2022 / (CNA) - Pope Francis has again lamented the suffering caused by the invasion of Ukraine and encouraged the faithful to pray a rosary every day for peace.

Speaking to the crowd in St. Peter’s Square after the May 1 Regina Caeli prayers, the pope said his thoughts went immediately to the city of Mariupol, the “city of Mary” which has been “barbarously bombed and destroyed.”

“I suffer and weep, thinking of the suffering of the Ukrainian people and in particular of the weakest, the elderly and children,” he said. “There are even terrible reports of children being expelled and deported.”

He again called for safe humanitarian corridors for those trapped in the city, now largely under Russian control.

Pope Francis said he wondered whether peace really is being sought amid “a macabre regression of humanity.” He asked if everything possible is being done to “silence the weapons,” Vatican News reports.

“Let us take the path of dialogue and peace! Let us pray,” he said.

U.N. efforts to evacuate people from a Ukrainian-held Mariupol steel plant began Sunday in cooperation with the International Red Cross. Up to 1,000 civilians are still at the plant, as are about 2,000 Ukrainian fighters.

The evacuation effort is coordinating with Ukrainian and Russian officials

Up to 100,000 people could still be in the blockaded city, the Associated Press reports. Mariupol is a key port city near the Crimea Peninsula.

In early April the city’s mayor Vadym Boychenko has estimated at least 10,000 residents have died in the fighting, a number he claimed rose to 20,000 on Saturday, Newsweek reports. In a post to his Telegram channel, he said more than 40,000 people were forcibly deported.

On April 29, the U.N. Office of the High Commissioner for Human Rights said that there have been 2,899 civilian deaths confirmed since the invasion began two months ago, but the actual number is believed to be much higher. The British Defense Ministry estimates that about 15,000 Russian military personnel have died in the fighting, and other sources have estimated thousands of Ukrainian military casualties as well.

Last Sunday, April 24, Pope Francis marked two months since the beginning of the war. He renewed his call for an Easter truce in Ukraine, linking his call for peace to a day when many Eastern Christians celebrate Easter.

“It is sad that in these days, which are the holiest and most solemn for all Christians, the deadly roar of weapons is heard rather than the sound of bells announcing the Resurrection; and it is sad that weapons are increasingly taking the place of words,” the pope said.