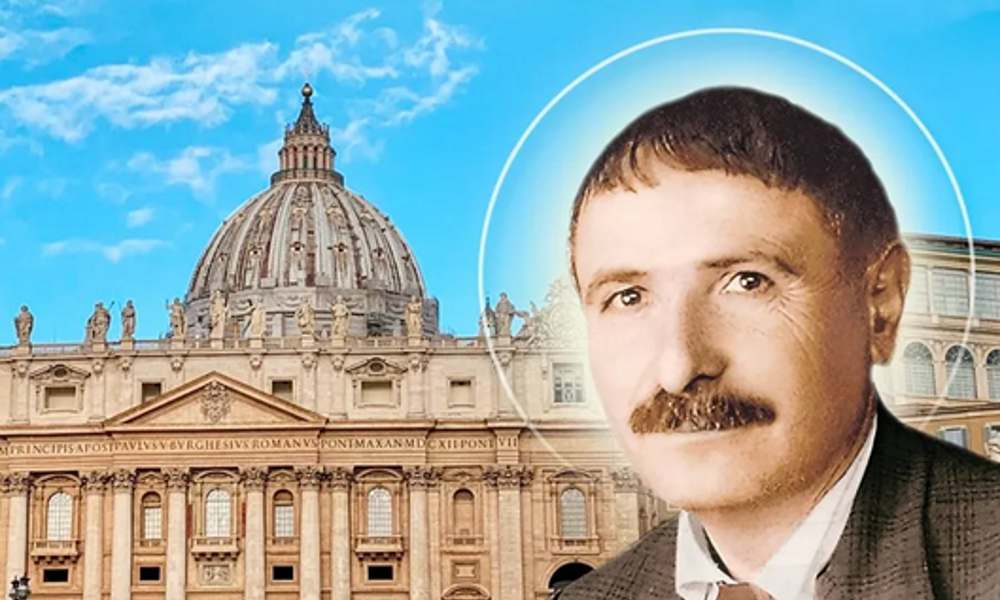 Blessed Artemide Zatti was born in Italy, but emigrated to Argentina with his family in 1897, at the age of 16. The family left their homeland due to extreme poverty. At the age of nine, Zatti was already helping his parents by working as a farmhand.

The pope gave his approval on April 9 to a miracle received through Zatti’s intercession, paving the way for his canonization as a saint.

As a young man, Zatti attended a Catholic parish run by the Salesians of Don Bosco in the Argentine town of Bahía Blanca. At 20 years old, he joined the candidacy to become a Salesian priest.

While living in the Salesian community, Zatti contracted tuberculosis after caring for a young priest with the disease.

One of the Salesian priests, a nurse, suggested that Zatti pray for the intercession of Mary Help of Christians, making a promise that if he was healed, he would devote his life to helping the sick.

Zatti willingly made the promise and was healed of the tuberculosis. He later said about the event: “I believed, I promised, I was healed.”

The young Italian immigrant gave up the idea of the priesthood and became a Salesian Coadjutor Brother, a lay role, so that he could devote himself to service in the medical field.

In 1915, at the age of 35, Zatti became the director of the Salesian-run hospital in Viedma, a city in central Argentina. Two years, later he also became the manager of the pharmacy and received his license as a professional nurse.

Zatti not only worked in the hospital, but also traveled to the peripheries of Viedma and the neighboring city of Carmen de Patagones to treat people in need, and his reputation as a saintly nurse spread throughout that area of Argentina.

Zatti always saw Jesus in each of his patients. Some people even recalled seeing him carry the body of a patient who had died during the night to the mortuary as he recited the De Profundis, a prayer for the dead which comes from the text of Psalm 130.

People who knew him said that Zatti carried out his service to the sick with heroic sacrifice and that he radiated the light of God, even bringing some unbelievers to faith.

Artemide Zatti will be the first Salesian coadjutor to be declared a saint.

Among them are the Italian diocesan priests Giuseppe Bernardi and Mario Ghibaudo, who were killed by the Nazis in a massacre in the Italian town of Boves on Sept. 19, 1943.

Pope Francis has declared the priests, the pastor, and vice-pastor of the local parish, to be martyrs.

The Nazi massacre of Boves saw the burning of more than 300 houses, with 23 civilians killed. Boves is believed to be where the Italian Resistance originated, and the attack in September 1943 was a Nazi reprisal.

The 45-year-old Bernardi tried to mediate in the recovery of two German hostages from the Italian partisans, but the Nazis took him prisoner before killing him and burning his body.

Ghibaudo, who was 23 years old, had been a priest for only two months at the time of the massacre.

He helped the elderly flee Boves during the attack, until he was hit by machine-gun fire while giving absolution to a dying man. Ghibaudo was then also stabbed in the chest.

The other saints’ causes advanced last Saturday were those of: