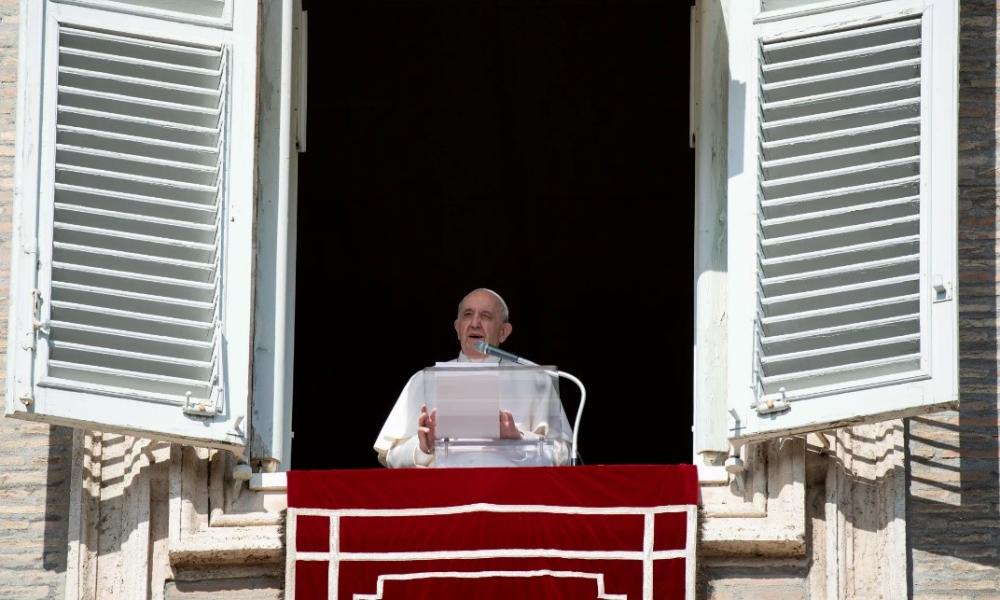 Pope: End the Return of Migrants to Unsafe Countries

Oct 24, 2021 / (CNA) - Pope Francis made an appeal for migrants Sunday, calling on the international community to stop deporting migrants to unsafe countries.

“I express my closeness to the thousands of migrants, refugees and others in need of protection in Libya: I never forget you; I hear your cries and pray for you,” Pope Francis said on Oct. 24.

“We need to end the return of migrants to unsafe countries and prioritize rescuing lives at sea,” he said.

Speaking from the window of the Apostolic Palace, the pope asked the Catholic pilgrims gathered in St. Peter’s Square to pray in silence for migrants, many of whom he said had been subjected to “inhumane violence.”

“Once again I call on the international community to keep its promises to seek common, concrete and lasting solutions for the management of migratory flows in Libya and throughout the Mediterranean,” the pope said.

“And how those who are turned away suffer! There are real camps there,” he added.

Libya is a main transit point for migrants from Africa and the Middle East who seek a better life in Europe.

An estimated 87,000 migrants have been intercepted by the Libyan authorities since 2016, according to a report from the United Nations, which found that about 7,000 of those migrants remain in detention centers in Libya.

Libyan authorities have recently cracked down on migrants, detaining more than 5,000 people in a few days, according to the Associated Press, which reported that the detention centers were “rife with abuses.”

In his appeal, the pope called in particular for “safe and reliable rescue and disembarkation equipment,” and alternatives to detention with decent living conditions.

“Let us all feel responsible for these brothers and sisters of ours, who have been victims of this very serious situation for too many years,” he said.

In his Angelus address, the pope reflected on the Gospel account of Jesus restoring sight to Bartimaeus, a blind man begging by the roadside.

“His blindness was the tip of the iceberg; but there must have been wounds, humiliations, broken dreams, mistakes, remorse in his heart,” the pope said.

According to the Gospel of Mark, Bartimaeus called out to Jesus and said: “Jesus, Son of David, have mercy on me.”

Pope Francis said: “Jesus hears, and immediately stops. God always listens to the cry of the poor … He realizes it is full of faith, a faith that is not afraid to insist, to knock on the door of God’s heart.”

The pope said that Bartimaeus asked “for everything from the One who can do everything.”

“He asks for mercy on his person, on his life. It is not a small request, but it is so beautiful because it is a cry for mercy, that is, compassion, God’s mercy, his tenderness.”

Pope Francis encouraged people to make the prayer of Bartimaeus their own by bringing their own “wounds, humiliations, broken dreams, mistakes, remorse” to God in prayer and repeating: “Jesus, Son of David, have mercy on me.”

“We must ask everything of Jesus, who can do everything. ... He cannot wait to pour out his grace and joy into our hearts; but unfortunately, it is we who keep our distance, through timidness, laziness or unbelief,” he said.

“May Bartimaeus, with his concrete, insistent and courageous faith, be an example for us. And may Our Lady, the prayerful Virgin, teach us to turn to God with all our heart, confident that He listens attentively to every prayer,” Pope Francis said.