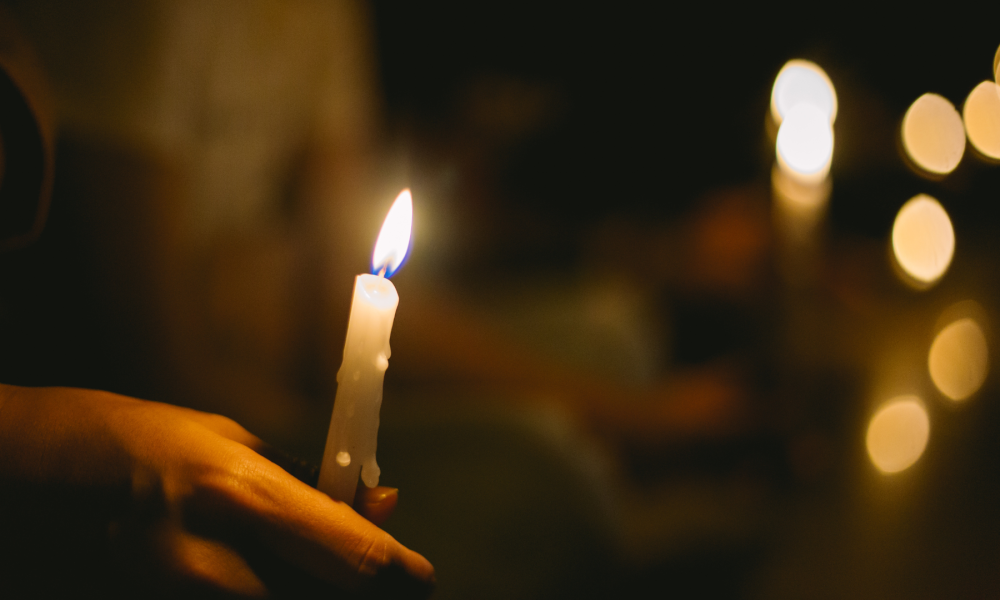 Nationwide Prayer Vigil for Life to Continue After Reversal of Roe v. Wade

November 11, 2022 | WASHINGTON –The National Prayer Vigil for Life is hosted each January by the U.S. Conference of Catholic Bishops’ (USCCB) Pro-Life Secretariat, the Basilica of the National Shrine of the Immaculate Conception in Washington, D.C., and The Catholic University of America’s Office of Campus Ministry. The vigil has always coincided with the eve of the March for Life, which marks the date of 1973 decision of the Supreme Court of the United States in Roe v. Wade that legalized and normalized the taking of innocent human life nationwide.

Catholics across the country are encouraged to observe a nationwide prayer vigil from Thursday, January 19 to Friday, January 20, 2023, to pray for an end to abortion and a greater respect for all human life.

“The National Prayer Vigil is a time to praise God for the great gift of the recent Supreme Court Dobbs decision, overturning the tragic Roe v. Wade decision made almost a half-century ago. State and federal legislators are now free to embrace policies that protect preborn children and their mothers. Yet, there is still a great need for prayer and advocacy from the faithful, as there will be intensified efforts to codify Roe in legislation and policies at the state and federal levels. Many prayers and sacrifices are needed to transform our culture so that all may cherish the gift of human life and offer life-giving support to vulnerable women, children, and families,” said Kat Talalas, assistant director of pro-life communications at the USCCB.

The Vigil Opening Mas will take place at 5:00 PM on Thursday, January 19. The principal celebrant and homilist for the Opening Mass will be Archbishop William E. Lori of Baltimore, chairman of the USCCB’s Committee on Pro-Life Activities. The Mass will be immediately followed by a Holy Hour for Life. This will start off a series of nationwide holy hours throughout the night from dioceses across the country, which will be broadcast on the USCCB’s website. The nationwide vigil concludes at 8:00 AM on Friday, January 20 with a Closing Mass at the Basilica to be celebrated by Bishop Joseph L. Coffey, Auxiliary Bishop of the Archdiocese for the Military Services, USA.

Live-streaming information for overnight diocesan national holy hours will be provided on the USCCB’s website in January.

For those who cannot come to Washington, Catholics across the country will have opportunities to unite in prayer during the nationwide vigil through local diocesan prayer efforts such as special Masses and holy hours taking place during January 19-20. Additionally, thousands of Catholics are signing up for the national pro-life novena, 9 Days for Life, which will take place from January 19-27, 2023.

For more details on the National Prayer Vigil for Life in Washington, D.C., visit https://www.usccb.org/prolife/annual-pro-life-events.