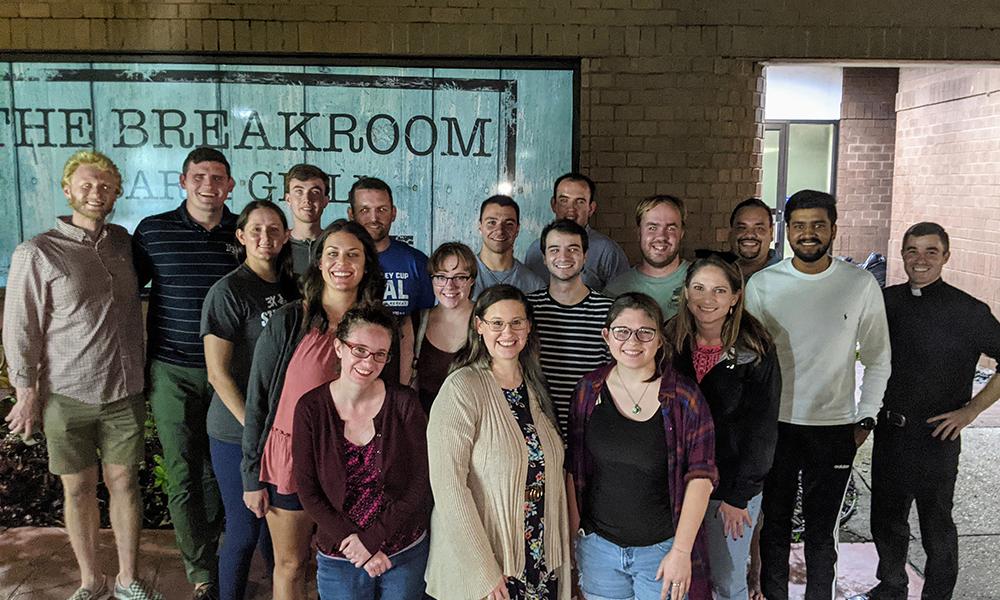 “It has made me feel a lot more at peace, a lot calmer.”

Ruby Herbert grew up with no religious background but about eight months ago, she realized she wanted to become Catholic.

“I had to figure out what kind of Christian I wanted to be. I favored going back in history and learning about what Jesus started in the beginning. Catholicism had those answers. Plus, the art, architecture and traditions are so fascinating and beautiful,” said Herbert, a 27-year-old Health Coach.

She googled how to become Catholic and learned about the Rite of Christian Initiation of Adults (RCIA), the educational program for people seeking to become baptized as Catholic.

“I dove deep into my faith and came to realizations about what I believe,” said Herbert.

Then she moved to Clearwater from Seattle and was searching for a church where she could take RCIA classes and meet people who could guide her on the Catholic faith.

At around the same time, St. Catherine of Siena Parish in Clearwater started a new Young Adult Ministry. So far, the Ministry has organized a Bible Study, Trivia Night and Ice Cream Social. Ruby saw a post on Facebook about the new group that was forming just ten minutes from her house.

She had some apprehensions about showing up at the church, wondering what she would say and how would it go. But the nerves quickly faded.

“As soon as I walked in, everyone was so welcoming. I’ve already met some really great people who came up to me in the first few minutes and said, ‘Hey, let’s talk.’ It’s been good,” said Ruby.

At the second gathering, Ruby asked Father Connor Penn if she could join RCIA and he helped her sign up for class the following Sunday.

“It feels as if God made this happen. It was so quick, and everyone was so nice. I can make friends, take RCIA classes and get involved at St. Catherine of Siena,” said Ruby.

What impact has this journey had on Ruby?

“It has made me feel a lot more at peace, a lot calmer and as though I can have a strong foundation to build the rest of my life on,” said Ruby.

“The Young Adult Ministry has been amazing. With the pandemic, everyone is quite isolated. Back home, people have gone off and done their own things. Friends have come and gone. I was ready to meet new people, to go out, and do things that really matter.”

She is grateful for the opportunity to step away from the virtual/digital world to interact with people the same age and with similar interests.

“If you’re on the screen a lot, you can start getting inflated ideas of conflict and stress. Everyone has their opinions coming at you. It’s hard to find clarity and peace that way. Being with other people in the real world has helped me. Life with faith is a grounding experience,” said Ruby.