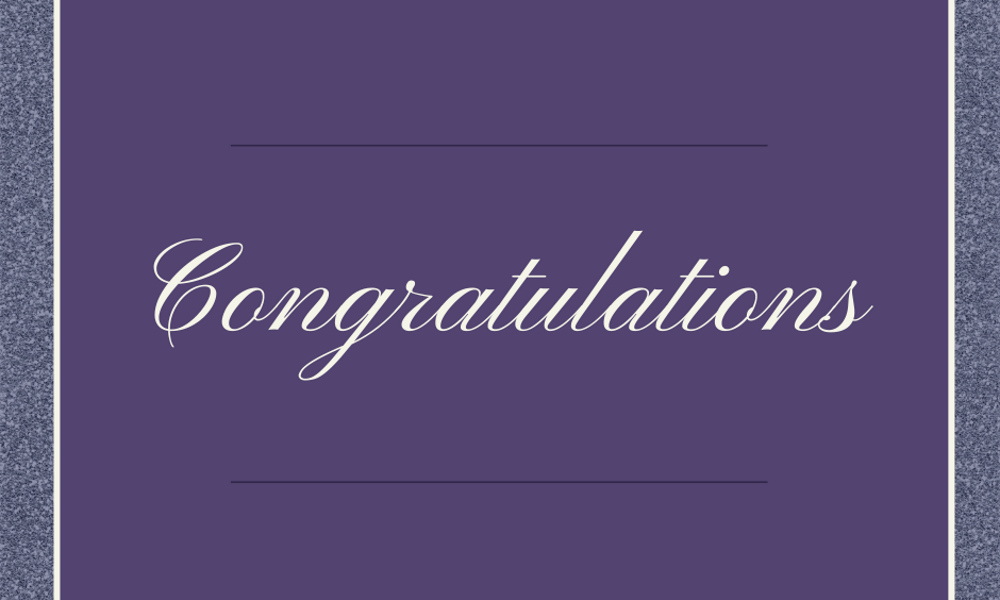 Local Priests to Be Honored for Decades of Dedication

Fifteen priests serving in the Diocese of St. Petersburg are celebrating special anniversaries in 2022. The priests are observing their 25th, 40th, 50th, 60th and 65th anniversaries of ordination.

Bishop Gregory Parkes will recognize our jubilarians during the Chrism Mass on Tuesday, April 12, 2022, at 11:00 a.m. at the Cathedral of St. Jude the Apostle in St. Petersburg. These men represent a total of 555 years of consecrated service to the Church and the people of God.

This year’s Chrism Mass will be open to the public. If you are unable to attend, you are invited to pray and participate by watching the live video stream at www.dosp.org/livestream, www.facebook.com/DioStPete or by listening live on Spirit FM 90.5.

We are pleased to share the background stories of our Jubilarians with you below:

Father Furtado was born on Flores Island, Azores, Portugal.  In 1979, he was professed as a member of the Mercedarian Order and spent nine years as a missionary in Brazil.  On July 19, 1997, he was ordained to the priesthood for the Order of the Blessed Virgin Mary of Mercy (Mercedarians) and was assigned in residence to St. Peter Nolasco Residence, St. Petersburg, where he also served as Director of Prison Ministry for the Diocese of St. Petersburg (1997-2001).  Additional assignments include parochial administrator of St. Justin, Martyr Parish, Seminole (Jan.-Jun. 2000), and Blessed Sacrament Parish, Tampa (2000-2005).  In 2004, he was accepted as a priest of the Diocese of Bom Jesus do Gurgueia, Brazil.  Father Furtado was appointed Chaplain for Bay Pines V.A. Hospital in 2005 and is currently assigned as Chaplain of St. Anthony’s Hospital, St. Petersburg.  He provides weekend assistance to All Saints Parish, Clearwater and offers the Portuguese Mass at St. Justin Martyr Parish.

Father Genereux was born in Jefferson City, Missouri and attended high school in Michigan.  He studied pre-Theology and Theology at the Pontifical Angelicum University in Rome from 1991 to 1996.  He was ordained to the priesthood on August 15, 1997, for the Order of the Blessed Virgin Mary of Mercy (Mercedarians).  His résumé includes appointments in the Dioceses of Buffalo and Cleveland, and the Archdiocese of Philadelphia.  In 2006, Father Genereux was appointed as local superior of St. Peter Nolasco Residence, St. Petersburg and parochial vicar of Cathedral of St. Jude the Apostle, St. Petersburg.  He has served as parochial administrator of Most Holy Name of Jesus Parish, Gulfport (2008-2009) and parochial vicar of Prince of Peace Parish, Sun City Center (2009-2010), the Cathedral of St. Jude the Apostle (2009-2010), and St. Mary Parish, Tampa (2010-2013).  Since July 2013, he has served as pastor of Blessed Trinity Parish, St. Petersburg.  Father Genereux became an incardinated priest of the Diocese of St. Petersburg in 2012.

A native of Massachusetts, Father Kayajan received his Master of Divinity degree from the University of Notre Dame in 1994 and was ordained on June 7, 1997 for the Congregation of the Holy Cross by now-Cardinal Sean O’Malley.  He subsequently earned a Master of Theology degree from Weston Jesuit School of Theology, in 2005.

Father Kayajan’s assignments included parish and college campus ministry, as well as high school chaplaincy.  In 2008, he was appointed as Pastor of St. Rita Parish, Dade City, where he served until 2017, when he was assigned by his Province to the Diocese of  Monterrey, Mexico.  One year later, he returned to the Diocese of St. Petersburg, where he was assigned as Pastor of St. Lawrence Parish, Tampa (2018-2021).  He currently serves as Pastor of Resurrection Parish, Riverview.  In July 2021, Father Kayajan was accepted as an incardinated priest of the Diocese of St. Petersburg.

Father Malley has local roots, having been born and raised in St. Petersburg.  His priestly formation took place at St. Vincent de Paul Regional Seminary, Boynton Beach, and at the Pontifical North American College, Rome.  He was one of three men ordained to the priesthood for the Diocese of St. Petersburg by Most Rev. Robert N. Lynch, on June 14, 1997.

Father Malley has also served as pastor of St. Catherine of Siena Parish, Clearwater (2006-2011), and St. Timothy Parish, Lutz (2011-2020).  In July 2020, he was granted permission to serve as a Spiritual Director for the Pontifical North American College, Rome, and his presently completing his S.T.L. Degree in Spiritual Theology from the Pontifical Angelicum University, Rome.

Born November 12, 1970, in Nigeria, Father Okoro was ordained for the Archdiocese of Owerri, Nigeria, on July 5, 1997.  Following multiple assignments in his home archdiocese, he came to the U.S. in 2005, where he worked as Chaplain of Hoboken University Medical Center, Hoboken, NJ (2005-2016), and as Parochial Vicar of Immaculate Conception Parish, Bronx, NY (2015-2017). In August 2017, he was assigned by the Archdiocese for the Military Services, U.S.A. as Chaplain of MacDill AFB, Tampa.  He continues to serve the MacDill community while residing in St. Patrick Parish, Largo.

Father Pinto was born in Goa, India, and was ordained to the priesthood on December 20, 1997 for the Salesians of Don Bosco, in Panjim, Goa, India.  His work with the Salesian Order would eventually bring him to the U.S., where he was assigned as coordinator of the Don Bosco Retreat Center, Stony Point, NY, before being transferred to Tampa in June 2017, where he is currently assigned as director of Mary Help of Christians Center.

A native of Cebu City, Philippines, Father Tupa was ordained for the Archdiocese of Palo, Philippines, on June 16, 1997.  His ministry would lead him to the Diocese of St. Petersburg, where he would be incardinated in 2009.  He served as Parochial Vicar of Christ the King Parish, Tampa (2005-2007) and St. John Vianney Parish, St. Pete Beach (2007-2012).  When the beloved Capuchin priests left Most Holy Redeemer Parish after 26 years, Father Tupa provided a smooth transition for the community, serving as its pastor from 2012 to 2018.  He is currently pastor of St. Joseph Parish, Zephyrhills.

“Father Jay,” as he is commonly known, is a native of Pennsylvania.  He became a professed member of the Salesians of Don Bosco 49 years ago, and was ordained to the priesthood for the Salesians on May 22, 1982.  He has been assigned to the community at Mary Help of Christians, Tampa on three occasions: 1977-1978, 1982-1986, and 2019 to the present.  He currently oversees the St. Philip Residence for retired Salesians, but always finds time to visit with the students of Cristo Rey Tampa Salesian High School and provides ministry to local parishes.  His previous assignments included ministry to high school students in Paterson, NJ, West Haverstraw, NY, and Marrero, LA.  He also served in numerous capacities in Belle Glade, FL, Columbus, OH, Ramsey, NJ, Orange, NJ, and in East Boston, MA.

Father Lamp is native of New Jersey.  On May 1, 1982, he was ordained to the priesthood for the Order of St. Benedict, at Saint Leo Abbey.  He served as Campus Minister at Saint Leo University (1982-1983). Four years later, he would be incardinated into the Diocese of St. Petersburg.  His was assigned as parochial vicar of the following parishes: St. Vincent de Paul, Holiday (1983-1986); Nativity, Brandon (1986-1987); and pastor of St. Anne, Ruskin (1987-1997); and St. Peter Claver, Tampa (1997-2002).  Father Lamp also served as a chaplain for James A. Haley V.A. Hospital, Tampa, from 2002 until his retirement from active ministry in July 2010.  He continues to provide assistance to parishes within the Diocese and currently serves as State Chaplain for the Catholic Daughters of the Americas.

Born in Lewoh, Cameron, Father Leke was ordained to the priesthood on April 18, 1982.  Seventeen years later, his travels would lead him to the Diocese of St. Petersburg, where he would provide ministry as parochial vicar of Nativity Parish, Brandon (1999-2000); Our Lady of Fatima Parish, Inverness (2000-2012); and St. Catherine of Siena Parish, Clearwater (2014-2016).  He served the parish community of St. Elizabeth Ann Seton, Citrus Springs, as its pastor from 2012 to 2014, and was assigned as chaplain of Calvary Catholic Cemetery from 2016 to 2019.  Since July 2019, Father Leke has served as pastor of St. Patrick Parish, Largo, while also providing chaplaincy service to patients at Tampa General Hospital.  In May 2007, he was accepted as a priest of the Diocese of St. Petersburg.

Father Riveros comes from Colombia, South America.  He followed the call to priestly ministry and was ordained on November 29, 1972, for the Archdiocese of Bogotá, Colombia.  He was incardinated into the Diocese of Engativá, Colombia, upon its establishment in 2003.  He served the community of St. Angela Merici Parish, Cortijo, Colombia, from 2007 to 2016, after which he came to the Diocese of St. Petersburg on a sabbatical leave, during which he served the members of the Hispanic community as a priest in residence at St. Joseph Parish, Tampa, and at Light of Christ Parish, Clearwater.  Father Riveros has been granted permission to continue his ministry in our Diocese, and in July 2017, has appointed as parochial vicar of Nativity Parish, Brandon, where he currently serves.

Born in Galway, Ireland, Monsignor Earner was ordained on June 10, 1962, in Tipperary, Ireland, for the Diocese of St. Augustine.  His résumé includes assignments as parochial vicar of the following parishes: Most Holy Redeemer, Tampa (1962-1965); St. Patrick, Tampa (1965-1968); and Christ the King, Tampa (1968-1969).  He was pastor of the following communities: St. Mary, Tampa (1969-1972); St. Patrick, Tampa (1972-1979); and St. Clement, Plant City (1979-1980).  For a time, he also taught at Tampa Catholic High School, and was a member of various diocesan committees.  In June 1980, Monsignor Earner was charged with the leadership of the newly established community of St. Thomas Aquinas, New Port Richey.  He would serve as administrator, and later as pastor of the parish until in retirement in January 1998.  In August 1999, at the request of Most Reverend Robert N. Lynch, Father Earner was granted the honorary title of “Monsignor” by Pope John Paul II.  During much of his retirement, Monsignor Earner remained active by assisting in local parishes.

Monsignor Greka came to the Diocese of St. Petersburg from Alpena, Michigan in 2011, providing seasonal assistance in local parishes.  He received his Master of Divinity degree from Ss. Cyril and Methodius Seminary, in Orchard Lake, Michigan and was ordained on June 3, 1962, for the Diocese of Amarillo, Texas, where he served as parochial vicar and pastor of various parishes for sixteen years, after which he was accepted as a chaplain for the U.S. Army. Monsignor Greka was stationed at bases throughout the U.S., as well as in Germany and Korea.  After retiring from military chaplaincy, he served in the prison system at Latuna, TX from 1994 to 1997.  In 1999, he moved to the Diocese of Gaylord, Michigan, where he served as a pastor until his retirement in 2005.  Monsignor Greka currently resides in Largo.

Born in County Galway, Ireland, Monsignor Devine was ordained for the Diocese of Elphin, Ireland on June 23, 1957.  He was sent to the Diocese of St. Augustine after ordination for two years and served in Jacksonville and at St. John Vianney, St. Pete Beach. He returned to Ireland, where he served for the next fifteen years until returning to Florida in July 1974.  His assignments include parochial vicar for the parish communities of St. Lawrence, Tampa (1974-1975); the Cathedral of St. Jude the Apostle, St. Petersburg (1975-1979); St. John Vianney, St. Pete Beach (1983); and Our Lady Queen of Peace, New Port Richey (1983-1984).  He served as parochial administrator and pastor of St. Cecelia Parish and School, Clearwater (1979-1982); and St. James Parish, Port Richey (1984-2000), where he led the community during its initial years.  In August 1999, Pope John Paul II bestowed upon him the honorary title of Monsignor.  He was appointed pastor of St. Brendan Parish, Clearwater Beach, where he ministered from 2000 until his retirement in 2009.  Since then, he has remained in residence at St. Brendan, while providing occasional assistance to the parish and to St. Cecelia Parish, Clearwater.