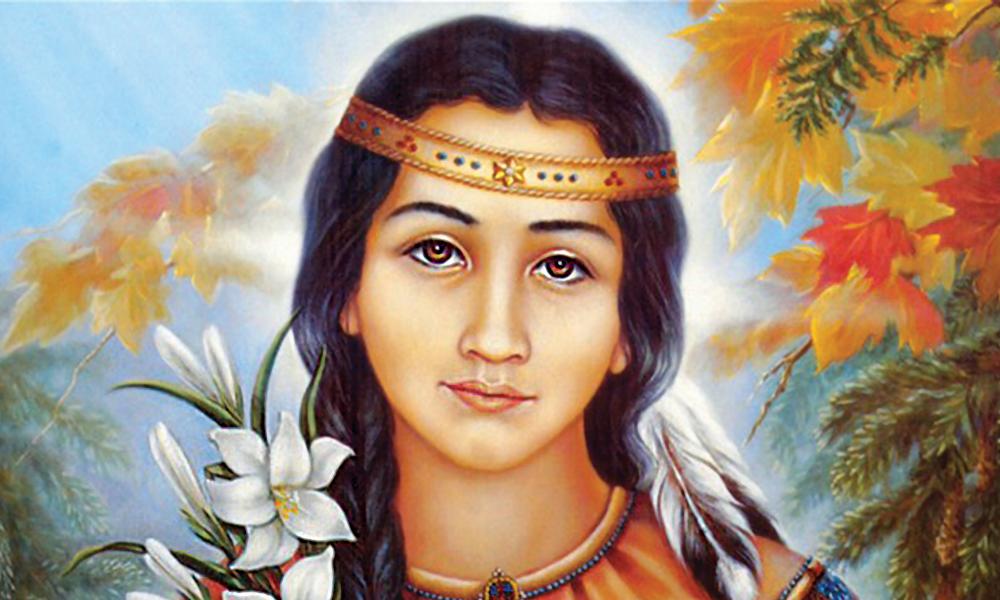 Kateri Tekakwitha, born in 1656 to a Christian Algonquin mother and Mohawk father, embraced a life of gentle service to others from an early age. She and her family contracted smallpox when she was a child; she was scarred from the disease and lost her family to it. Although her uncle took her in, he treated Tekakwitha as a slave. She found solace, however, in listening to the “blackrobes,” or Jesuit missionaries who visited her village, and would meditate often on their teachings.

At the age of 19, Tekakwitha was baptized by the Jesuits (taking the name Catherine at her baptism), and then refused marriage in order to dedicate her life to God. After death threats from the villagers because of her Catholic faith, a priest recommended she flee from her village in upstate New York to a town near Montreal. After a 200-mile journey, she received her first Communion in 1677, and served her new village by teaching prayers to children, attending daily Mass, and watching over the elderly and sick.

Many healings are attributed to Kateri’s intercession. She died in 1680, just before her 24th birthday.