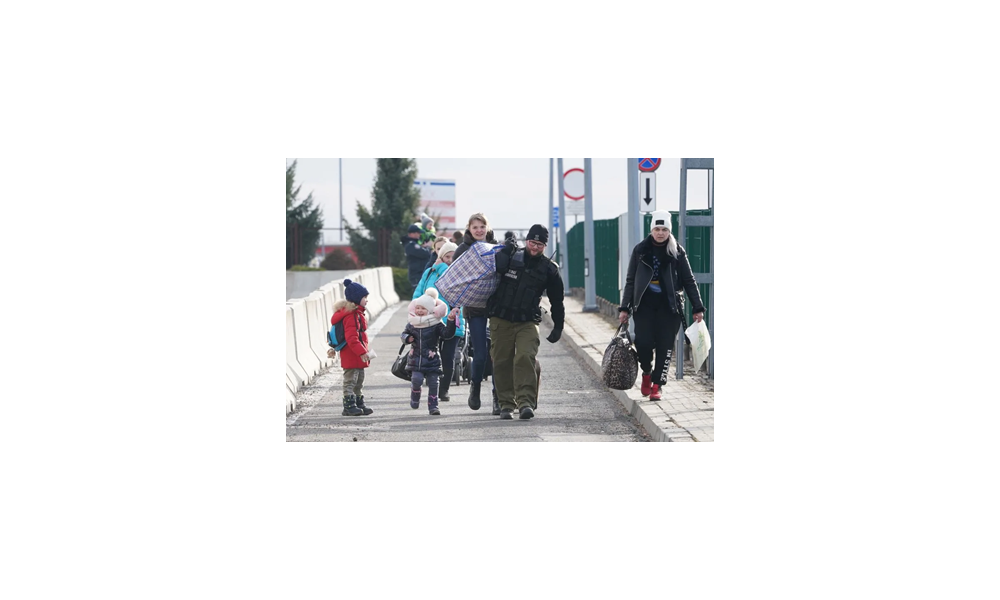 Knights of Columbus Aims to Raise $2 Million for Ukrainian Refugees

The world’s largest Catholic fraternal service organization has also begun a Ukraine Solidarity Fund, which will match funds donated up to another $500,000, for a total of $2 million.

“The situation in Ukraine is dire and worsening. The people of Ukraine and our brother Knights in that nation need our help,” Supreme Knight Patrick Kelly wrote Feb. 25 to Knights, encouraging donations and prayer.

Kelly also said in a video message to the 1,800 Knights of Columbus in Ukraine that “In this time of intense danger, know that your brother Knights of Columbus around the world are praying for you, your families and all the people of Ukraine. We ask that our Lord protect you and your loved ones and restore peace in your land. We ask that he give you strength and courage to persevere.”

Ukraine has a population of more than 41 million, and it is believed more than 5 million may become refugees.

The country is expecting men between 18 and 60 to remain to repel the invading forces, and most of those fleeing are women and children.

Russian forces are assaulting Kyiv and other cities. A missile struck an apartment building in the capital.

The Ukrainian government has said that nearly 200 of its people have been killed since Russia invaded Feb. 24.

Ukrainian President Volodymyr Zelenskyy has said that “We are defending the country, the land of our future children. Kyiv and key cities around the capital are controlled by our army.”

"I'm here. We won't lay down our arms. We will defend our state," he said in a video from Kyiv.

The Knights of Columbus said its refugee fund “will be used to provide shelter, food, medical supplies, clothing and religious goods, as well as other humanitarian needs as identified, both directly in Ukraine and through refugee sites in Poland.”

It added that it will collaborate “with both the Latin and Greek Catholic Churches in Ukraine, with dioceses and K of C councils in Poland, and with international humanitarian aid agencies to address needs quickly and effectively.”

If funds should outlast the immediate need, the organization said that “consideration will be given to assist widows and orphans of brother Knights killed as a result of military action, and for assistance in resettlement and rebuilding for communities displaced by conflict and war.”

Photo Caption: Ukrainian women with children are helped to carry their bags by a Polish border guard as Ukrainian refugees cross the border from Ukraine to Poland at the Korczowa-Krakovets border crossing, Poland, on February 26, 2022, following the Russian invasion of Ukraine. Credit: Janek Skarzynski/AFP via Getty Images.