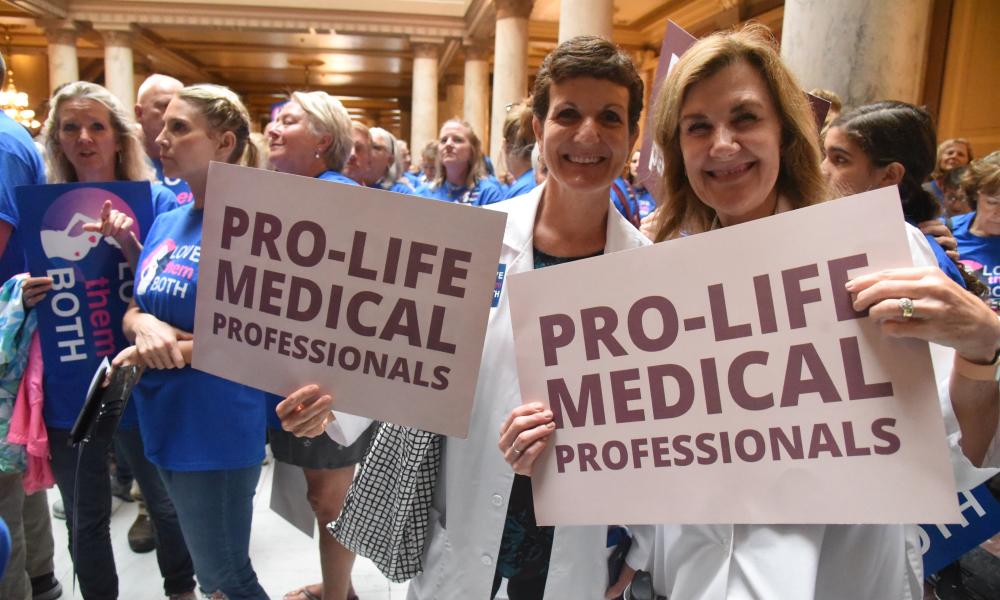 Known as SB2, the legislation, which received broad bipartisan support, provides for a tax exemption for an adopted child, cuts the state’s tax on children’s diapers, caps the gas tax, and increases the adoption tax credit, the Indy Star reported.

It also creates a $45 million fund for a variety of family-related programs and initiatives, the Criterion, the newspaper of the Indianapolis Archdiocese, reported.

“The Catholic Church has a history of providing aid, comfort, and support for mothers and families,” said Angela Espada, executive director of the Indiana Catholic Conference, the Criterion reported.

“It hopes that the allotted $45 million will improve the lives of Hoosiers by supporting adoption, pregnancy planning, the health of pregnant women, postpartum mothers, and infants, along with supporting the needs of families with children less than 4 years old,” she said. “Additionally, there are funds to address the barriers to long-acting reversible contraception.”

The legislation was overshadowed by the sweeping abortion ban Holcomb signed into law the same day, Aug. 5.

Set to take effect Sept. 15, Indiana’s law outlaws all abortions with exceptions for abortions performed to preserve the life of the mother, as well as exceptions for instances of rape, incest, or “fatal” fetal anomaly.

The law stipulates that doctors must certify in writing to the hospital or center in which the abortion is to be performed that the abortion is necessary, under their reasonable medical judgment, to preserve the mother’s life or health, or that the unborn baby will not survive because of an anomaly.

The Indiana Catholic Conference wrote ahead of the final vote that it supports the measure, while also highlighting the bill’s flaws.

“Most importantly, the bill needs stronger enforcement mechanisms and a continued tightening of the language around exceptions,” the Indiana Catholic Conference wrote July 27. On that point, the conference has noted that while direct attacks on unborn human life ought to be prohibited, that need not preclude medical interventions that indirectly result in a loss of unborn life when the intention is to save the life of the mother.

Any abortion law should, however, convey the equal dignity of the mother and child, the conference said.

Alexander Mingus, associate director of the Indiana Catholic Conference, said the conference supports the bill under the teachings of St. John Paul II’s 1995 encyclical Evangelium Vitae, which urged support for laws that would limit the harm done by intrinsic moral evils such as abortion if a complete ban is not politically possible.

The new Indiana law came just days after voters in Kansas failed to approve a constitutional amendment that would have allowed the state’s legislature to pass new abortion restrictions. A 2019 Kansas State Supreme Court ruling found that the state’s constitution supports a right to abortion, preventing lawmakers from passing new restrictions on abortion beyond the current 22-week limit.

Caption: Dr. Cathy Wagner, left, and Dr. Elizabeth Wehlage, both Catholics from the Archdiocese of Indianapolis, take part in a "Love Them Both" rally sponsored by Indiana Right to Life July 26, 2022, at the Indiana Statehouse in Indianapolis. The rally took place while an Indiana Senate committee was preparing to vote on a bill that would ban most abortions in the state. (CNS photo/Sean Gallagher, The Criterion)