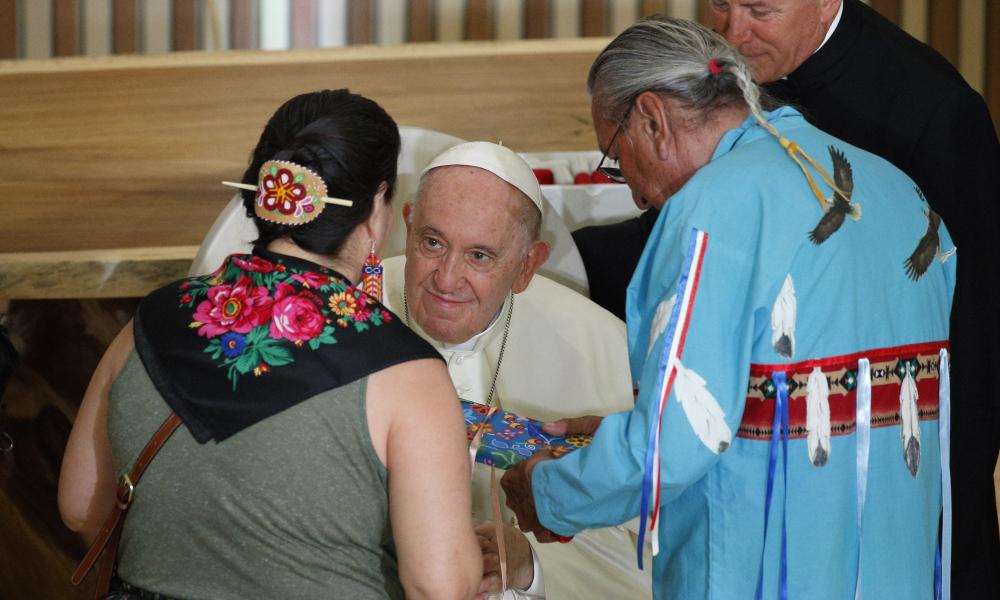 'I Am Sorry': Canadian Indigenous React to Papal Apology

For Tammy Ward of the Samson First Nation, those words from Pope Francis brought tears to her eyes as she listened on the Muskwa, or Bear Park, Powwow Grounds.

"It's just very powerful," Ward told The Catholic Register, Toronto-based newspaper,  after Pope Francis finished delivering his historic apology on Indigenous land for the Catholic Church's role in residential schools and other wrongs done on the church's behalf. "For me, it's the healing."

"In the face of this deplorable evil, the church kneels before God and implores His forgiveness for the sins of her children," Pope Francis said, invoking St. John Paul II's 1998 bull, "Incarnationis Mysterium." "I myself wish to reaffirm this, with shame and unambiguously. I humbly beg forgiveness for the evil committed by so many Christians against the Indigenous peoples."

Pope Francis delivered his apology on the treaty land of the Ermineskin and Samson Cree Nations, the Louis Bull Tribe and the Montana First Nation, as part of his "penitential pilgrimage" to Canada. The site was near one of Canada's largest residential schools.

For 49-year-old Ward, it brought memories of her relationship with her parents.

"I always thought my parents didn't love me. I was always wondering why they were silent," she said.

Years later she understood how a childhood spent institutionalized in residential schools had left her parents unprepared for family life.

It was a day full of emotion as Indigenous people responded to Pope Francis' presence among them.

Ted Quewezance, an elder from the Keeseekoose First Nation in Saskatchewan, had overseen the ground-penetrating radar search for unmarked graves that uncovered 42 possible graves near the Fort Pelly residential school and another 12 at St. Philips residential school. He spoke to the crowd of about 5,000 about the long process of reconciliation.

"The pope's apology is not asking for instant trust," Quewezance said. "Today I am willing to extend my hand to the pope and to the bishops."

But Quewezance warned about the politicization and bureaucratization of reconciliation efforts by governments and churches.

"Reconciliation in Canada is all about recommendations, reports. It's not about action," he said.

"Reconciliation implies there is a time we would like to go back to," he said.

Jonathan Buffalo didn't just come to hear Pope Francis. He came to dance. Indigenous dance, he said, is a path to healing.

"I dance with pride and honor. I dance for my people, my ancestors, my elders," said the young administrative assistant at the Samson Cree Community Wellness Centre.

Buffalo said he hopes non-Indigenous Catholics hear what the pope has said and read the Truth and Reconciliation Commission report, to know the truth about residential schools.

"It has to be talked about for people to understand (intergenerational trauma)," said Buffalo, whose mother is a residential school survivor.

Showing up to hear Pope Francis apologize once more was an act of hope for 78-year-old Norman Meade, who brought his 8-year-old granddaughter, Everlee Meade, with him to Maskawacis.

"I do have hope. I always have hope," Meade said. "When we walk together -- the pope is leading us that way -- things are better."

Meade is still working on his wife Thelma Meade's claim file, seeking compensation for her years in the Presbyterian-run residential school in Birtle, Manitoba. He said getting records from government offices has proved to be a painfully slow process. 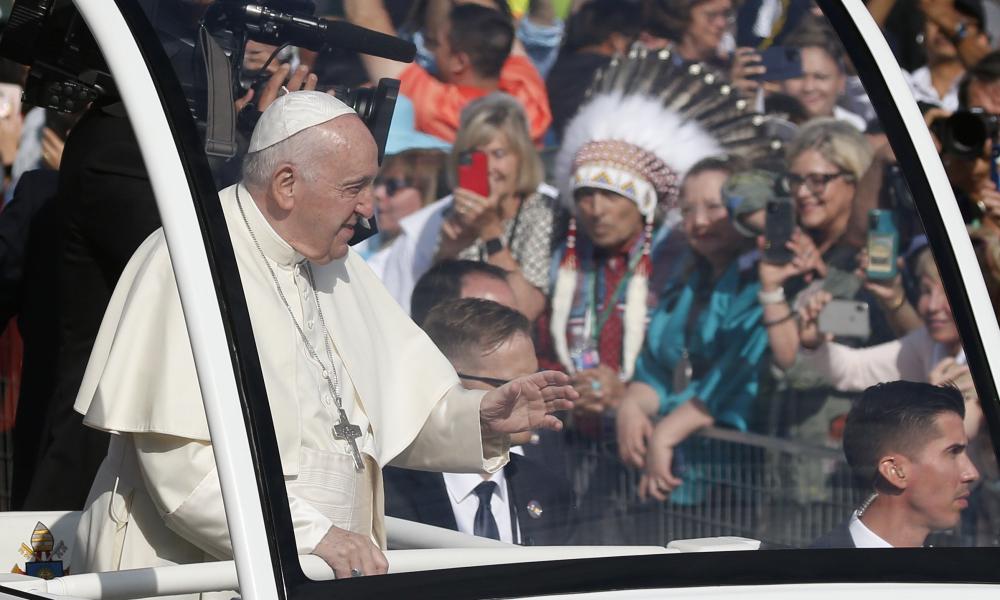