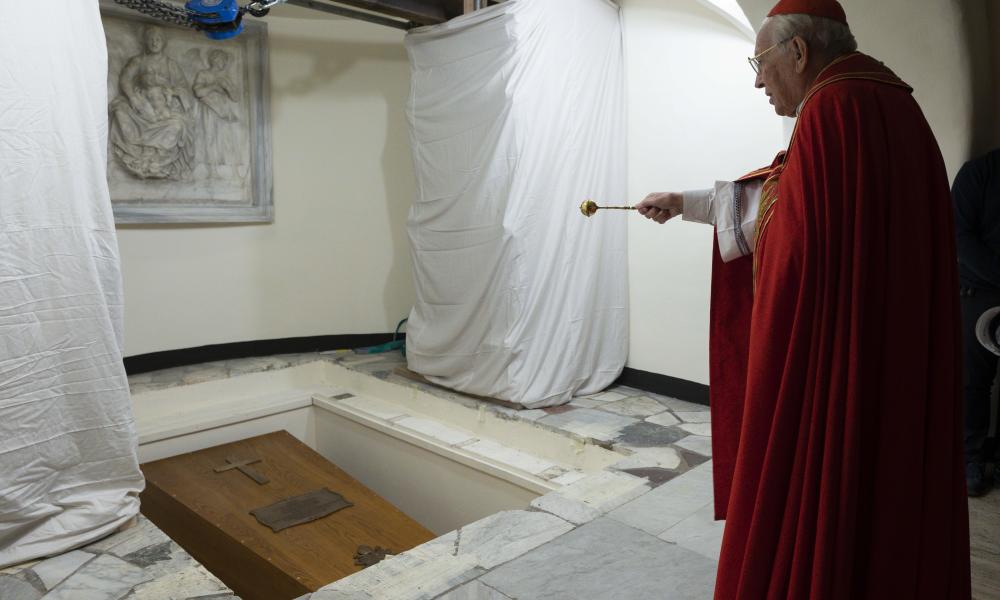 The coffin of Pope Benedict XVI is prepared for interment in the crypt of St. Peter's Basilica on Jan. 5, 2023.   Vatican Media

How to Visit the Tomb of Benedict XVI

The late pope’s coffin was interred in the former burial place of both St. John Paul II and St. John XXIII, whose remains were moved to the upper part of the basilica at the time of their beatifications.

After being closed for several days, on Sunday, Jan. 8, the crypt, which has small chapels and the tombs of popes and royals, will reopen to the public.

To visit the tomb of Benedict XVI, first enter St. Peter’s Basilica, proceed to the front of the basilica and the central altar and Baldachin, a Baroque bronze canopy sculpted by Gian Lorenzo Bernini.

The bones of St. Peter, the Church’s first pope, are under the papal altar in the central part of the crypt, called the Confessio.

Turn left in front of the papal altar. In front of the first column on the left, below a statue of St. Andrew, are the stairs giving access to the crypt.

Benedict XVI’s tomb is on the north side of the crypt, on the other side of the Confessio from the stairs. On the marble slab covering the tomb is written: Benedictus PP. XVI.

Queen Christina of Sweden, who died on April 19, 1689, is buried in a sarcophagus immediately to the right of Benedict.

On the wall above Benedict’s tomb, there is a bas-relief sculpture of the Virgin Mary and the child Jesus flanked by angels. 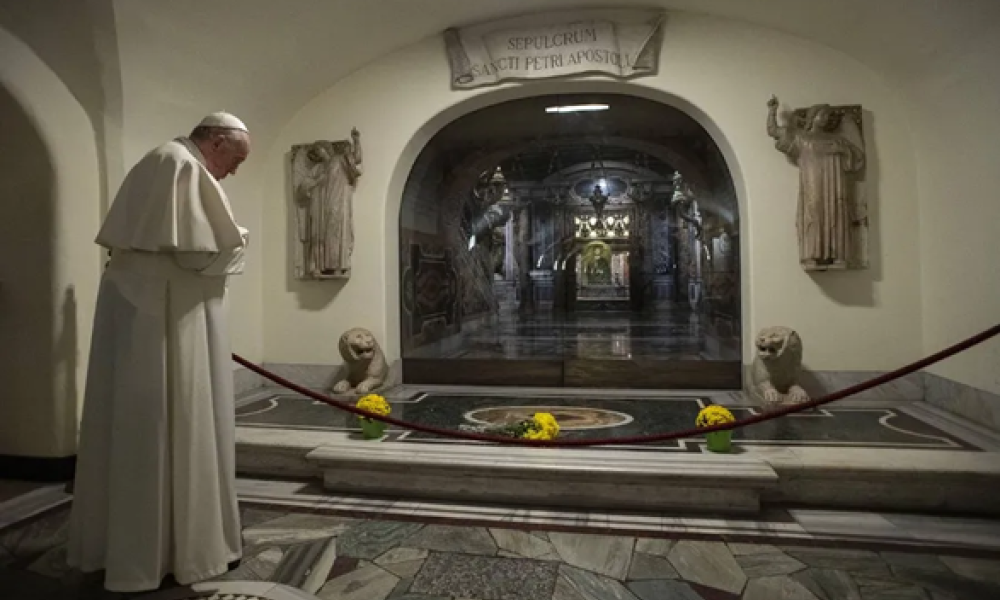 Pope Francis prays at the Confessio, the place where St. Peter's bones are buried in the crypt beneath St. Peter’s Basilica, Nov. 2, 2021. Vatican Media