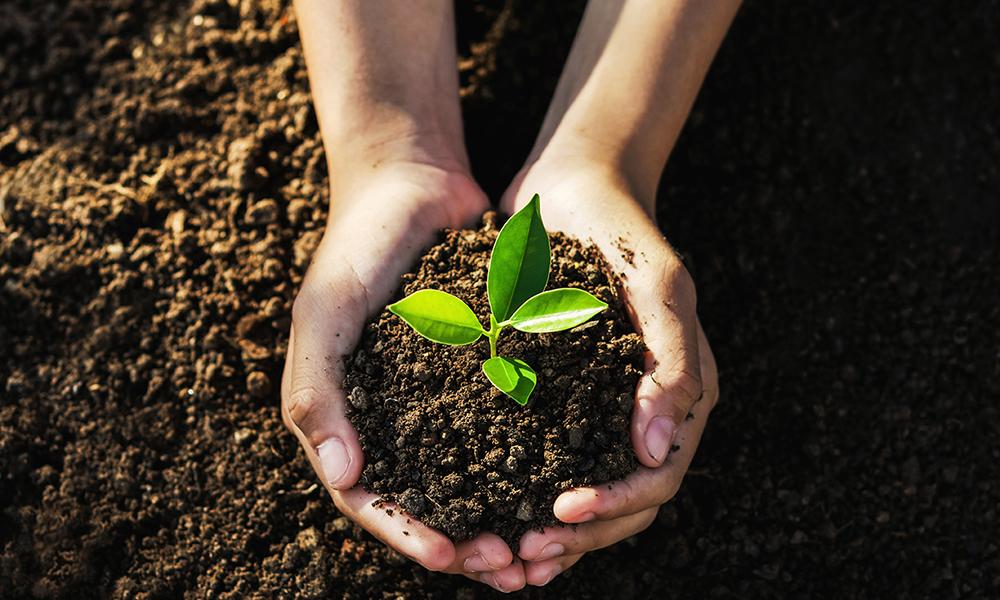 Catholic Church is a Prophetic Voice on Climate Crisis

Care for Creation is a pillar of Catholic Social Teaching.

“Laudato Si,” is a teaching document that was written by Pope Francis in 2015 to emphasize that all life is interconnected and that care for creation is a moral obligation for Catholics.

The document has not always been welcomed by some Catholics, but Dr. Stephen Okey says that’s understandable because it causes us to reflect on how we live, interact and even shop.

“It is challenging in the way that Catholic Social Teaching ought to be challenging and ought to highlight the ways in which we fall short of the demands of the Gospel in our current situation,” said Dr. Okey, Associate Professor of Religion and Ethics at Saint Leo University.

Pope Francis was the not the first Catholic leader to speak out about climate change.

During the time of Pope Benedict XVI, people were calling him the green pope because of statements he had made in terms of Care for Creation and changes he proposed for the Vatican to become more energy efficient.

“I should like to address directly my brothers and sisters in the Catholic Church, in order to remind them of their serious obligation to care for all of creation. The commitment of believers to a healthy environment for everyone stems directly from their belief in God the Creator, from their recognition of the effects of original and personal sin, and from the certainty of having been redeemed by Christ. Respect for life and for the dignity of the human person extends also to the rest of creation, which is called to join man in praising God.”

In 2001, the U.S. Bishops issued a statement on Global Climate Change that read in part, “We believe our response to global climate change should be a sign of our respect for God's creation.”

So how do Catholics live our faith in a way that is consistent with the principles outlined by our current and former popes and bishops?

“The best way for Catholics to start is through daily prayer,” said Dr. Okey.

He encourages Catholics to pray daily for environmental concerns and for the people most impacted by climate disasters.

Also, the Vatican's Dicastery for Promoting Integral Human Development published a document listing seven ways to implement Laudato Si’. Listed below are the document's seven ways to carry out what the encyclical teaches. (Source: https://laudatosiactionplatform.org/)

RESPONSE TO THE CRY OF THE EARTH

The Response to the Cry of the Earth is a call to protect our common home for the wellbeing of all, as we equitably address the climate crisis, biodiversity loss, and ecological sustainability. Actions could include the adoption of renewable energies and energy sufficiency measures, achieving carbon neutrality, protecting biodiversity, promoting sustainable agriculture, and guaranteeing access to clean water for all.

RESPONSE TO THE CRY OF THE POOR

The Response to the Cry of the Poor is a call to promote eco-justice, aware that we are called to defend human life from conception to death, and all forms of life on Earth. Actions could include projects to promote solidarity, with special attention given to vulnerable groups such as indigenous communities, refugees, the unborn, migrants, and children at risk, analysis and improvement of social systems, and social service programs.

Ecological Economics acknowledges that the economy is a sub-system of human society, which itself is embedded within the biosphere–our common home. Actions could include sustainable production and consumption, ethical investments, divestment from fossil fuels and any activity harmful to the planet and the people, supporting circular economies, and prioritizing care labor and protecting the dignity of workers.

The Adoption of Sustainable Lifestyles is grounded in the idea of sufficiency and promoting sobriety (intense focus) in the use of resources and energy. Actions could include reducing waste and recycling, adopting sustainable dietary habits (opting for a more plant-based diet and reducing meat consumption), greater use of public transport, active mobility (walking, cycling), and avoiding single use items (e.g. plastic, etc.).

Ecological Education is about re-thinking and re-designing curricular and institutional reform in the spirit of integral ecology in order to foster ecological awareness and transformative action. Actions could include ensuring equitable access to education for all and promoting human rights, fostering Laudato Si’ themes within the community, encouraging ecological leadership (students, teachers), and ecological restoration activities.

Ecological Spirituality recovers a religious vision of God’s creation and encourages greater contact with the natural world in a spirit of wonder, praise, joy and gratitude. Actions could include promoting creation-centered liturgical celebrations, developing ecological catechesis, retreats, and formation programs, and praying in nature.

Community Engagement and Participatory Action encourage the development of cultures and policies that protect our common home and all who share it. Actions could include promoting advocacy and developing people’s campaigns, engagement with decision-makers, and encouraging rootedness and a sense of belonging in local communities and neighborhood ecosystems.