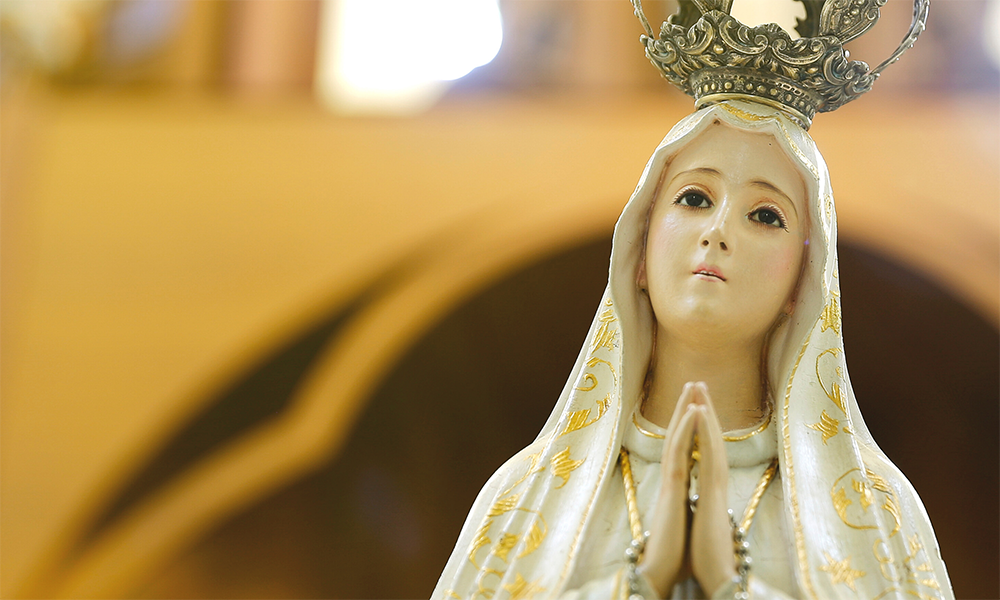 All are invited to join Bishop Gregory Parkes for a prayer service in union with Pope Francis as he seeks to bring peace to Ukraine through prayers and spiritual devotion.

Our Holy Father, Pope Francis has invited bishops across the world to join him in consecrating Ukraine and Russia to the Immaculate Heart of Mary on Friday, March 25, the Solemnity of the Annunciation.

The local prayer service will happen at the same time that the Pope formally makes the consecration at St. Peter’s Basilica.

All are invited to this prayer service, which will also be live streamed on www.facebook.com/diostpete and www.dosp.org/livestream.

Bishop Parkes asks all Catholics and people of goodwill to join in prayer at noon, Friday, March 25th in a show of solidarity.

As a Diocese, we continue to join in fervent prayer for peace throughout the world and for an abrupt end to the unjustified attack upon Ukraine. In union with the Holy Father, we call for the immediate cessation of Russia’s armed aggression and unprovoked war on Ukraine that has already exacted a staggering toll – thousands dead and an exodus of three million refugees. We echo the words of Pope Francis, “In the name of God, listen to the cry of those who suffer, and put an end to the bombings and the attacks!”

Similar appeals have been raised throughout the Orthodox Christian world and indeed by many Russians themselves.

May Our Lady, Queen of Peace, pray for us!

The Solemnity of the Annunciation (March 25) celebrates the announcement from the angel Gabriel to Mary that she would conceive and give birth to Jesus (Luke 1:26-38). It is celebrated nine months before Christmas.

Diocese of St. Petersburg Prayer Guide for The Consecration of Humanity, Russia & the Ukraine to the Immaculate Heart of Mary