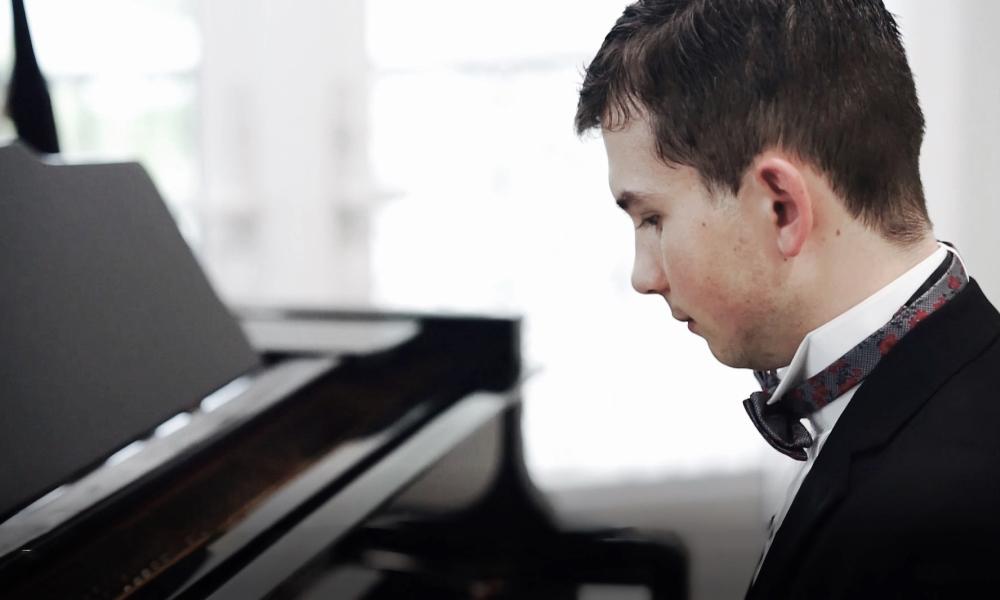 Autistic Student Excels With Family, Faith, and a Passion for Music

Bozena Gasior learned her son Milosz had moderate to severe autism when he was just two years old. At the age of five, a school psychologist informed Bozena her son has an intelligence quotient, or IQ of zero.

“After Milosz was diagnosed, we struggled with his diagnosis and with worries about his future. In that difficult time, we kept praying for strength to overcome that darkest time in our lives,” she said.

Years later, when Milosz was seven years old his mother noticed he seemed to be much calmer at the piano.

“I started teaching him from the beginner’s piano books my older son used. I do not play piano, but I know how to read notes,” she said, “That’s when I noticed he became fascinated with the white and black keys on the keyboard.”

After years of hard work, the 19-year-old is now playing music by composers like Chopin, Mozart and Bach in front of hundreds, although he still has limitations.

“He struggles with severe speech delays. His reading comprehension has peaked at the fourth-grade level,” said Bozena. “However, Milosz’s achievements on the piano are exceptional – all due to his hard work and unwavering support from his family. How much he has achieved is so inspiring and has helped to give him the voice that he lacks.”

He is on track to graduate high school with a standard diploma. Milosz is breaking barriers and has been accepted to the Pinellas County Center for the Arts as the first Autistic piano major student in the program's 35-year history.

“That was such a relief for my family. It gave us hope that maybe, just maybe, he is going to live in a world where he would be accepted,” said Bozena.

A YouTube channel has been created with the goal of sharing Milosz’s gift with the world.

“It is important for me to share Milosz’s gift of God with the world and to give hope to parents whose children have just been diagnosed with autism. I would like parents to see if their children and families work hard, their autistic children can be happy doing what they love doing,” said Bozena.

The Gasiors are parishioners of Espiritu Santo Catholic church in Safety Harbor, Fl where a special concert is being planned to showcase his gift. His mother hopes people will see Milosz play in person and know he is ready and open to perform professionally.

April is Autism Awareness month, and Bozena advises parents of autistic children to not to give up hope, their children can lead happy lives.

“I would encourage them to seek help and not get discouraged when people do not respond to their pleas. Yes, we live in a more and more busy society; however, there are good-hearted people out there who are willing to help,” she said.